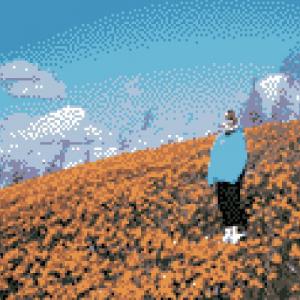 Vinyl records 10"
Out of Stock

001RAIN features 'acecloud,' a wavy 808 based solo track by Samba and 'cookies', a collaboration from Samba and Argo, which starts off as a sample based lo-fi beat which switches up heavily midway. Samba, with releases on Division, System, DDD, Encrypted and more, has had his interpretation of the 140 sound supported across the dance music world from the likes of Noisia, Mala, Om Unit, Truth, Alix Perez, Commodo and Kahn. With his new label, 26.RAIN, Sam wants to put out music that has feeling, instead of sticking to a single sound or genre. Argo, Parisian born and bred producer and photographer, writes a combination of instantly recognisable Hip Hop and bass flavoured beats. His two most recent outings, a 'Lo-Fi Hip Hop' EP on 'Yellow Flower' and a, now sold-out, trap flavoured release on 'Encrypted Audio'. With support from most of the 'who's who' in the underground dubstep scene he is now drawing attention from a host of MC's and rappers across Parisian Hip Hop.