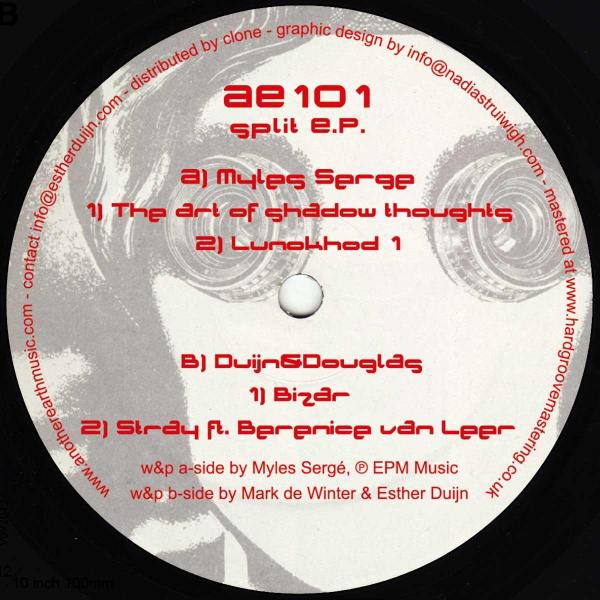 There is a new label on the horizon and it's first release is all about warm heavy Detroit influenced deep techno. Another Earth combines 2 acts together in a Split EP series which compliment each other's sound. The A-side hosts the renowned U.S. based producer, Myles Serge (MS - RE(FORM)) who, for these 2 tracks, let his machines run crazy beat patterns in a old school Detroit techno vibe. The B-side features Dutch based duo Duijn and Douglas (Esther Duijn and Steady Douglas). Their stripped warm heavy padded deep techno influenced tracks are perfect for creating some heat on the dance floor and the B2, Stray, is driven by Berenice van Leer's lush intense voice.