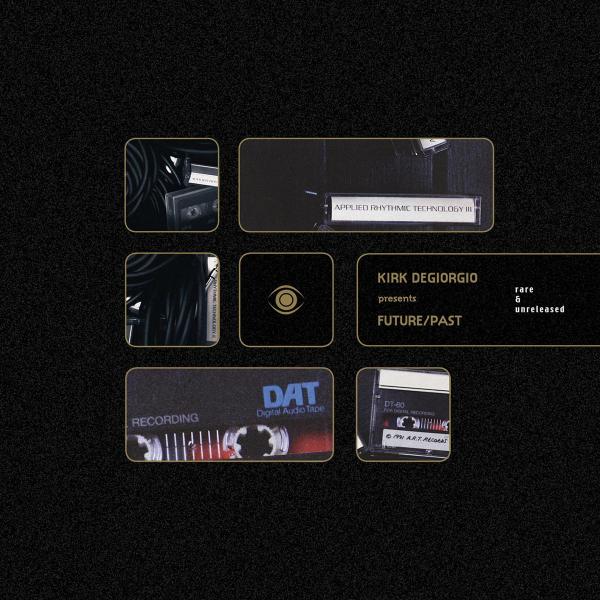 UK techno veteran Kirk Degiorgio takes on the Future/Past guise once more for an exquisite 4 tracker on the Belgian De:tuned label. Kirk struck gold during a recent dig through some of his old DAT tapes and unearthed 2 previously unreleased gems: a finished version of his widely acclaimed 90s classic 'Hyperspace' described by Kirk as the real Hyperspace and 'Cosmos', a rough uptempo percussive workout, proper crunch Future/Past sound. The DAT tapes also revealed a couple of tracks that were only ever released on CD: 'TRY 2004 Funk Mix 2' (from the historic 1993 'Applied Rhythmic Technology' compilation) and 'Locator' (from the sublime 'Objets D'art 92-95' compilation). The CDs have become rare and wanted items, and so Kirk and De:tuned decided to finally press these tracks on wax. All tracks were mastered straight off the original DAT tapes by Matt Colton to guarantee that extra crisp sound quality. This release will be available on 180 gr vinyl. A separate digital release will also be available from the usual digital shops. Stay tuned!