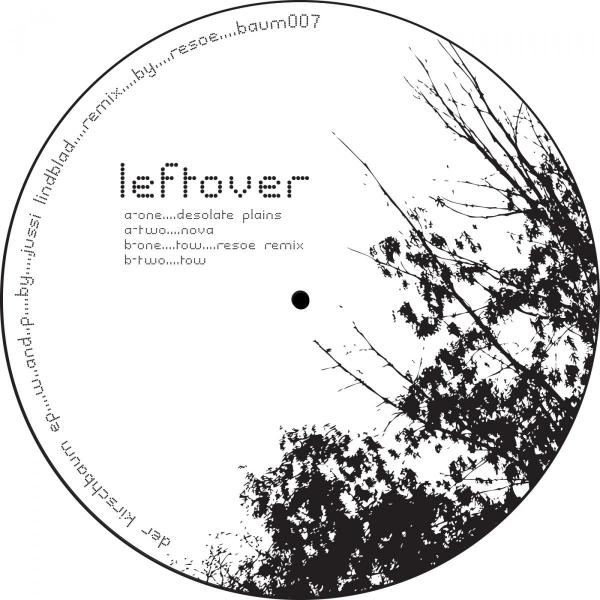 After the last release in november 2009, Resoe has decided to relaunch Baum again. In the last couple of years Resoe has been really busy, and did not have the time to take care of the label. He has released his debut album and 12"s on Echocord, Echocord Colour, Pattern Repeat and Curle recordings since the last release in 2009. Resoe has decided that 2012 should be the year to spend time on his label again, and to do that he decided to use some of the old artwork, and redesign the design concept of the label. The future music profile of Baum will still be Deep Dub Techno, but there could come some releases that would fit under another genre. The most important thing is that the music is high quality. The first release on Baum after the relaunch is, by Leftover from Finland who is one of Resoe's favourite Dub Techno producers. Leftover released the much sought after Eichenholz EP back in 2008 on Baum. The tracks on BAUM007 are actually produced in 2010, but when it's high quality the music is timeless. This time Leftover again shows how a fantastic producer he is, and delivers three really Deep Dub Techno tracks. There's no doubt about it, Leftover is one of the best Dub Techno producers out there today. He got his own unique sound that fills up the whole frequency specter, with fat echos and wide space. The remix by Resoe, was made during the DEMF 2010 on a hotel room at 4 in the morning, and then finalized in the studio when Resoe was back in Copenhagen again.