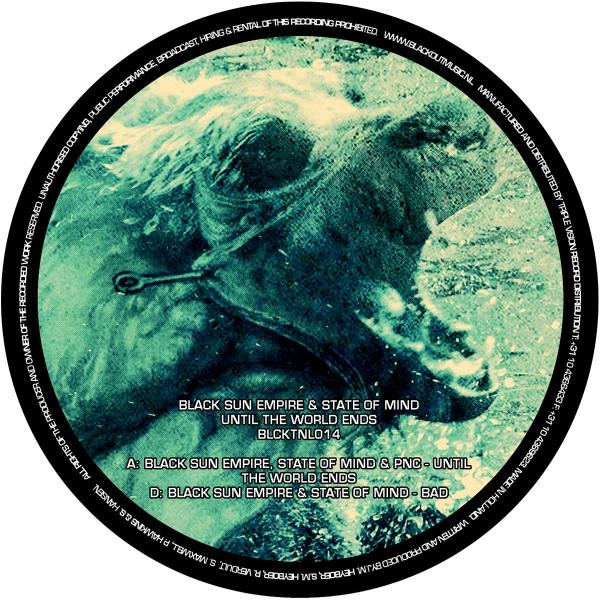 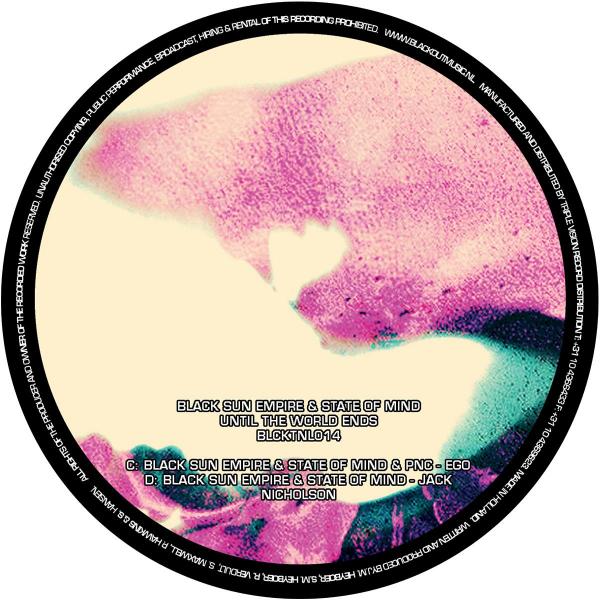 Drum & bass stalwarts Black Sun Empire are to follow up a trio of recent EPs from The Upbeats, Neonlight and Pythius with the release of 'Until The World Ends' - a four-track, collaborative EP with NZ duo State Of Mind. To be released on march 19th on vinyl via their genre-defining Blackout imprint, it marks an exciting start to 2015. Lead track 'Ego' immediately sets the tone with growling bass lines and punchy synth-stabs that underpin dark, techy atmospherics and vocal loops. Second track 'Until The World Ends' proves once again both acts' enduring versatility - kicking off with a bass-heavy dubstep tones complimented by vocal duties from State Of Mind's fellow New Zealander PNC, before switching to a manic, intelligently structured groove for the remainder. 'Bad' opens with progressive percussion and softly-worked synths that move euphorically to a pounding drum break, whilst fourth track 'Jack Nicholson', featuring an imitable sample of the man himself, is a bass-fuelled shockwave of a track. Final track. Black Sun Empire have built a reputation for curating their own brand of dark, neurofunk-inspired drum & bass over the past 12 months and this collaboration with long term accomplices State Of Mind - whom released their latest album 'Eat The Rich' via the label earlier this year - feeds into the hype surrounding Blackout as the label looks ahead to 2015.