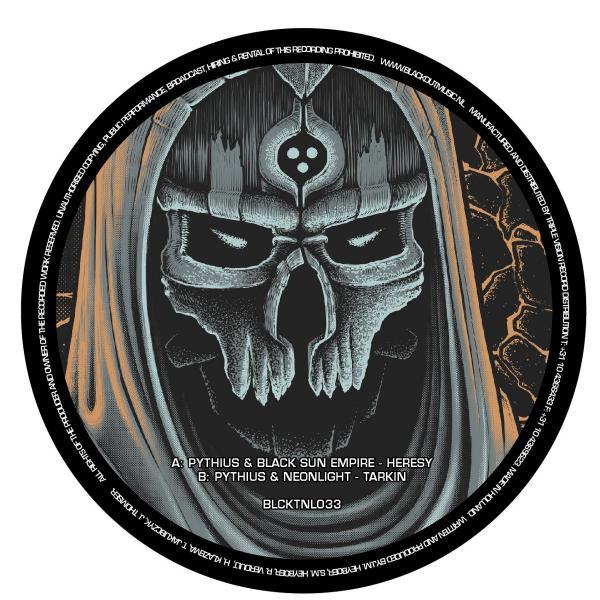 Dutch powerhouse label, Blackout, have a long and distinguished history in delivering only the best in new music and discovering some delightfully eccentric artists - most of whom appear on this brutal EP by new signing, Pythius. A particularly great start to a fledgling career with the Abandon EP in 2014 was only bettered by a strong 2015 highlighted by the New Order EP and a couple of nominations at the 2015 D'nB Awards. You could argue then, that the latest offering, Heresy EP, should already be a shoe in for one of the standout releases of the year - and you wouldn't be wrong. Both Tarkin and title track Heresy have been aired on Friction's BBC Radio 1 show already, and the EP as a whole has been a mainstay in the USB sticks, Hard Drives and (occasionally) record boxes of the Drum'n Bass big guns for a while now - and for good reason. Sliding effortlessly from upfront dancefloor killers to more cinematic, synth-driven tracks appears to be hardwired into the DNA of Pythius, along with an uncanny ability to reignite tracks with atmospheric breakdowns, as evident in Dirty Money. Whilst his earlier solo work firmly established his own sound, his collaborations with established entities such as Neonlight, State Of Mind, Khronos, DJ Hidden and Black Sun Empire on this EP show a level of diversity that is sure to make him one of the ones to watch in 2016 and beyond.