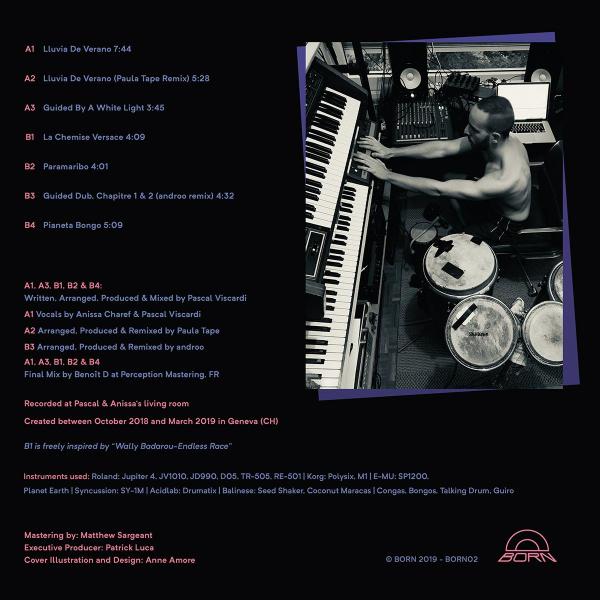 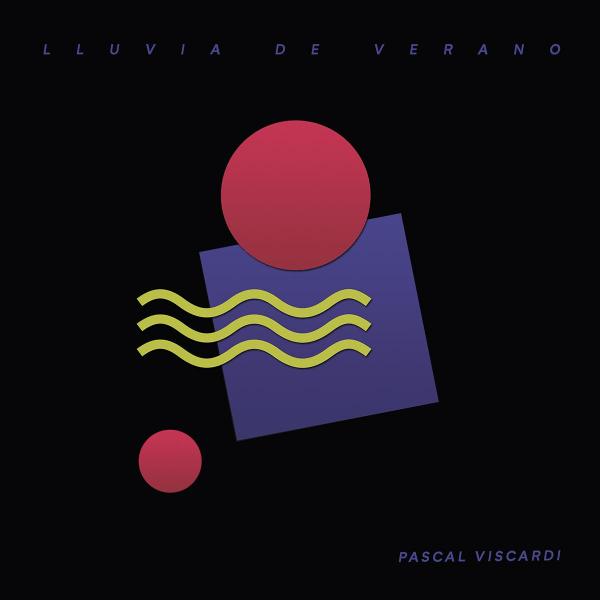 Pascal Viscardi has built an impressive catalog over the last few years. After appearing on the Saft imprint in the summer of 2015, he is now releasing his "Lluvia De Verano" mini-LP as the sophomore release on the labels sub outlet "Born". Lluvia De Verano is an album in its own right that captures Viscardi's broad production expertise and showcases his often ethereal sound palette across six original tracks. On the first position of the A-side we find the title track. Dreamy mallets and masculine + feminine voices portray a Riviera setting with a great feel of authenticity in a track Viscardi himself described as "Afro Cosmic Downtempo". As a treat, for the second track, Milano based Chile born - Paula Tape reworks Lluvia De Verano into a Mediterranean afterhours (club oriented) remix. "Guided By A White Light" is an ambiance based work that builds on Viscardi's lush sound palette and - according to the artist - is a homage to the new age scene with a cheap Roland twist. As the B-side opener we find the cheerful tones of "La Chemise Versace", that is a freestyle tribute to Wally Badarou. A snare dominated drum pattern serves as the back bone while the synth chords and blips are radiant. On the B2 position we find an ode to the capital of Surinam, "Paramaribo" is a bass heavy disco cut that revolves around otherworldly synth leads on heavy FX. The tribal sounding drums could definitely remind one of the South American capital and it's tradition of obscure quirky disco. This recording sounds like a post-disco b-side from a Surinamese 7". "Guided Dub Chapitre 1&2" is remixed by Genevan phenom Androo and the result is an enthralling four minutes of intense new wave dub reggae. "Pianeta Bongo" is a Balearic slow burner about forgotten paradises.