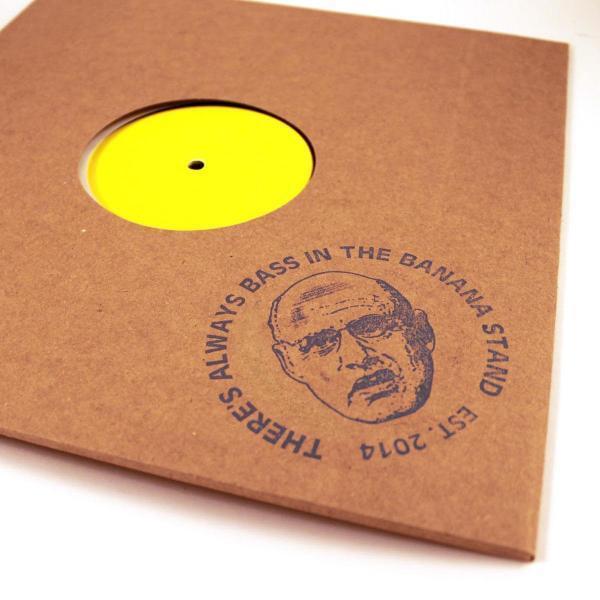 Based in California, Banana Stand Sound has been wrecking expectations and setting forth new musical streams consistently for two years now. Its discography is a diverse display of tribal stompers, melodic groove spectacles and everything in between, which excites the label's unarguably exquisite taste. Over the years they've gained steady advocacy from institutions such as FatKidOnFire and TRUSIK among others, as well as by a long list of highly esteemed DJ s and producers from the likes of JKenzo, Benga, Compa, Skream and Joe Nice. Undoubtedly true to their promise of delivering bass, the fifth instalment of their series is another stellar foray into uncharted territory of musical expression. Residing in the realms of global bass music, the imprint has released music originating from USA, Canada, Japan and lastly UK. As the catalogue number dictates, the record is featuring five producers, all aligned in their sense for pushing musical boundaries. The resulting lunacy deserves to be heard by connoisseurs around the world. Diving through the soundscapes of OH91, with its clean-cut, electrifying arpeggios and relentless sub routines, we re met with hypnosis in abundant sustenance, titled Meditation . The eclectic mixture Jazz Lick , that is the collaboration of Aerotonin and Night, fuses traces of grime and footwork. It bears an education in complex and delightful rhythmic expeditions, having you tapping your feet in no time. Switching the record over to the B-Side, the underlying solution of soulful vocal snippets intertwines along playful melodic staccatos, conveyed by Boo of Glasgow-based producer TryTryDieDown. Destined to make you feel good, his minimalistic approach hits just the right, smoothly arranged, spots. Concluding the EP, Crix Saiz is proclaiming a wholly differing tone, physically residing in the United States. He obliterates the remaining grooves amidst his grimy foundation Warriah , reverberating its weight along a catchy vocal pattern and remarkably powerful, percussive excellence. The accompanying grit serves to round off the rich sound curation of California s imprint, presented to you as the more than heavy BS005 .