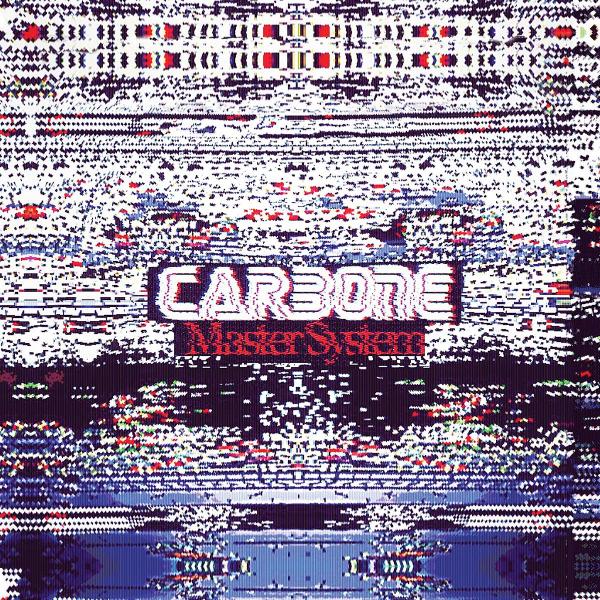 D. Carbone's first album 'Carbone Master System' is a collection of powerful techno tracks incorporating elements of rawness, acidity, and melancholy at the focus of his intent. Bringing together the feeling and the passion that the Sega Master System brought to him in his youth. Time was lost mesmerized by technology and excitement for the quest of the unknown. Wonder Boy opens up the 8-bit journey with a pulsating kick, the bass infuses against the horse-powered percussion. Tension builds with acidic sequences and dark atmospheres to set the scene of the forthcoming levels. Sonic Is On Acid has the level of hyperactivity of our blue hedgehog friend, you can imagine him twirling round loop to loops collecting golden rings to the 303 and industrial techno rhythms. Let Your Body Move to the acidic voodoo as Carbone's vocal chant, Don't let acid frighten your mind, stop thinking, let go! rattling with the brutality and corrosion of the drums. Back To The Future takes you on a trip in the De Lorean traveling through time. Superpowered by Russian valve time capacitors for maximum distorted effect, it will be a rough ride with The Doc and Marty! Eat That Shit M8RFuckers hell raising kicks, vocal and droning bells go in for the kill, while atmospheric tones take this beast into a different realm of complexity. Marble Madness rolling around the spherical based platform, the drums and melodic elements float and play with gravity before crashing back to the ground for maximum implosion. Master Of Darkness beware what is around you! distorted kick drums smash the dark forces, the Bloody King lives in 303 darkness of the occult enslaving the people of the night. Astro Warrior space travel for the 8bit time traveler against an invading force of evil. As we bounce and struggle through the meteor storms we finally reach euphoria as arps and the space synth reaches the mothership. Forgotten Worlds After the destruction of Earth, the soldier enters the galactic battlefields to bring back our world against the demons. Astral pads project through the universe with melodic tones and energy filling time and space with beams of light protecting the land of the lost. D. Carbone's love for technology and exploration in computer games is what transfers into his musical style today, 8-bit power, boldness and effect transcribed through the machines and the mind of the maker. 'Carbone Master System' is not only a concept but a realization of two worlds meeting to become one.