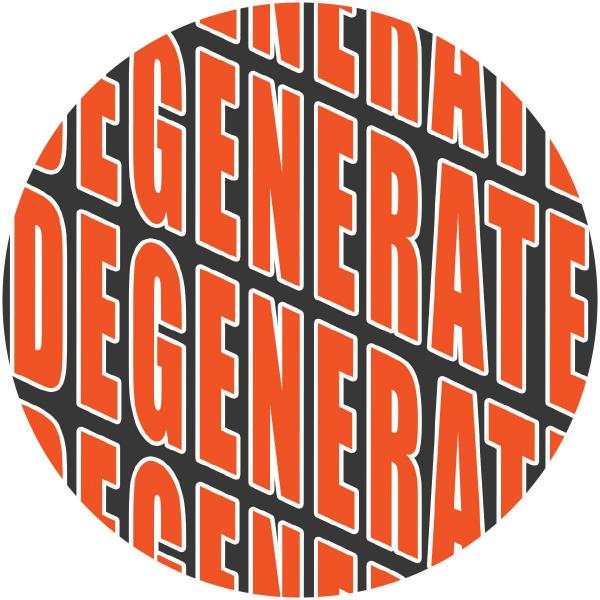 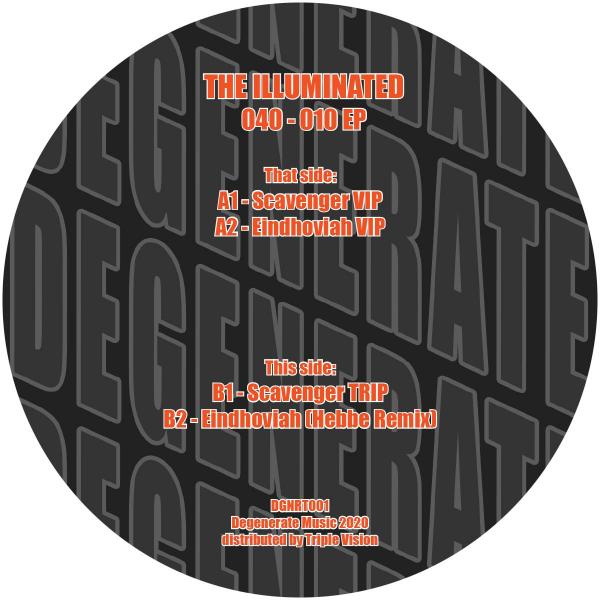 After messing about with vinyl, Ableton and music in general for more than 10 years, Dyzz from The Illuminated decided it's time to take 'matters' into his own hands: Introducing Degenerate Music - a label focused on bass heavy, chest rattlin', floor shaking & dub influenced soundsystem music - starting off 2020 with his inaugural and sharply curated 040 - 010 EP. On "That Side" we can find 2 sought after VIP's from the duo Dyzz & Rebus, better known as The Illuminated. Both originals Scavenger & Eindhoviah have been released on New Moon Recordings, the deeper / techy sister label from the Moonshine camp and Underslung Audio (digi only). Scavenger got picked up early by the likes of Skream & Benga (BBC1 Extra radio premiere), Joe Nice (cut on dub), N-type & Walsh (Rinse.fm) and more. Eindhoviah became a warehouse dub for the gentlemen and close friends. The VIP's go way beyond the originals, fulfilling the gunfinger reload requests from the last few years. On "This Side" we find another Scavenger version, this one fully locked on the triplets and loaded with some vocal samples from a galaxy far far away. Last but not least, Eindhoviah gets the young gun Hebbe treatment, this one's for the heads. Now all the VIPS, versions & remix get the treatment they deserve, freshly cut on a 180 grams 12" heavyweight plate and available from early March 2020.