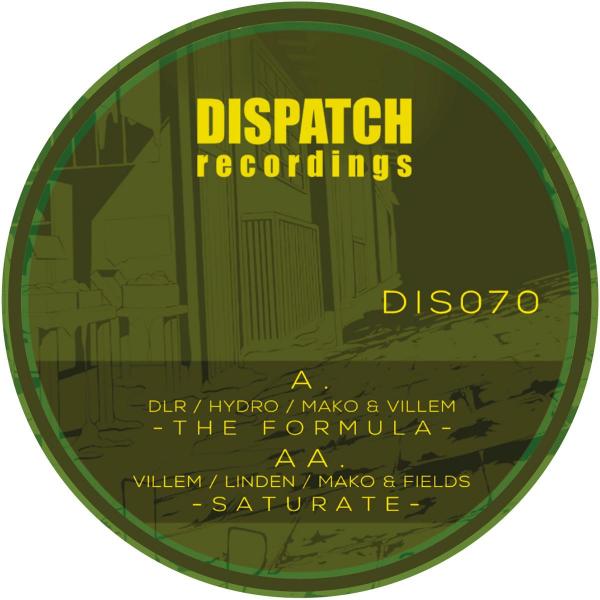 It's team time again as we issue yet another huge collaborative effort from some of the scenes most accomplished producers and biggest names. DIS070 draws together the collective powerhouse force of DLR, Hydro, Villem, Fields, Mako and Linden over two tracks to provide an outing of gigantic proportion, individually each producer within their own right is more than capable of delivering the goods in solo work mode, so imagine the results you would get from locking them all up in a dark studio room together for hours on end to channel their combined genius! Well the result of that scenario is right here and is everything and more you may expect it to be. "The Formula" sees DLR, Hydro, Villem & Mako in combination for an effort that is nothing short of sublime, each bringing their own finely tuned skillset to the table in perfect compliment to each others skills whilst at the same time adding their own perfect measure of individual ingredients to produce a near perfect recipe. This one has already had the Friction seal of approval and thus has been aired twice to date on his weekly BBC Radio 1 show. The flip sees Villem, Linden, Fields & Mako jump in together for "Saturate", this time the result is a massive heavyweight roller underpinned with a frightening amount of low-end grunt. The perfect compliment to the A-Side and a devastating track for any dance floor regular.