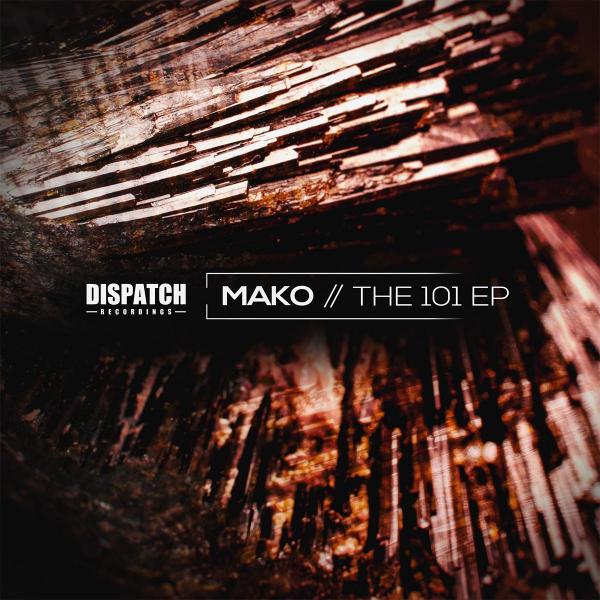 Our first Dispatch main label release of the year, Mako takes us into the next century, following the Dispatch #100 album with an aptly name release 'The 101 EP'. Leading on from his 'Back To The Source EP' in 2014, Mako has been a huge favourite of ours, effortlessly engulfing everything we love about the past and the present, with a distinctive ability to create raw, incredibly authentic music, with a vibe that hits the emotions just as sweetly as the bottom end pressure hits your chest. At the helm, the EP is led by a mighty track, in 'The Mercenary' alongside Andy Skopes, having caused some serious damage since its inception, littered by tough breaks and searing lows. An endemic character of Mako's music and the rugged beats continue right through the release, including the serene amen journey 'Looking Back' and the super tight drum programming of 'A Break From Suspension'. Commencing our next chapter in style, Mako brilliantly illustrates his agenda for the future, paying mutual homage to the old skool, whilst pushing the limits of our technology today.