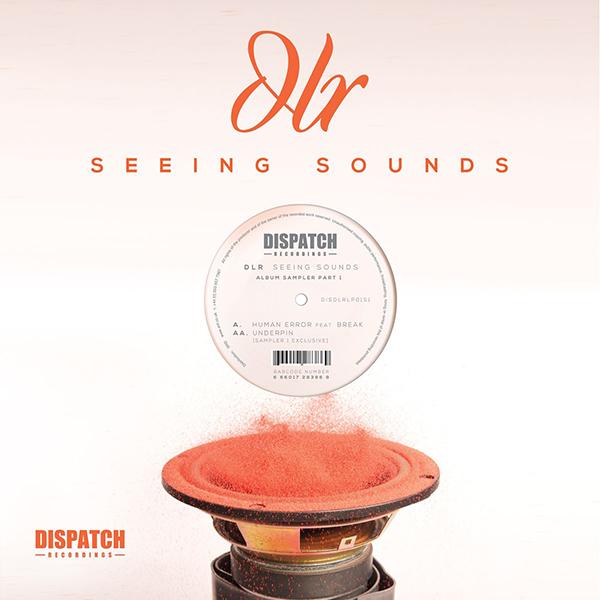 Following a string of successful label releases in a short period of time, DLR is ready to unleash his debut solo album on Dispatch Recordings, entitled Seeing Sounds. Having previously collaborated with Octane on the Method In The Madness album, DLR has quickly established his own signature sound; an instantly recognizable groove mischievously poking through the mix, terrorizing dancefloors in a truly unique way. As an album concept, Seeing Sounds is DLRs exploration into sound design and how the manipulation of organic elements and subtle soundscapes can create imagery within the music to set the scene and immerse the listener up to a cinematic level. Commencing this quest from abstract beginnings, DLR investigates over a selection of different formats and styles, ranging from the tantalizing neck snapper Charlie Brown to sinister breakbeat nonchalance of I Found Out. Inviting external influences to the fold specially selected guests join the project to explore further, including Total Science, creating the cataclysmic Control The Sound, Hydro, the ambient chords and emotive vocal sample in Empyreal and partner in crime Break, resulting in the mighty, yet constrained Human Error. Since Resident Advisors initial announcement, the album has had support from all corners, including Noisia, Friction (numerous Radio 1 plays), Goldie, Calyx & Teebee and The Upbeats, with Mixmag selecting it as their February Album of the Month. With an innate understanding of the technology available and a shrewd willingness to exploit it, Seeing Sounds is the culmination of DLRs very best work to date.