Method in the Madness Pt. 3 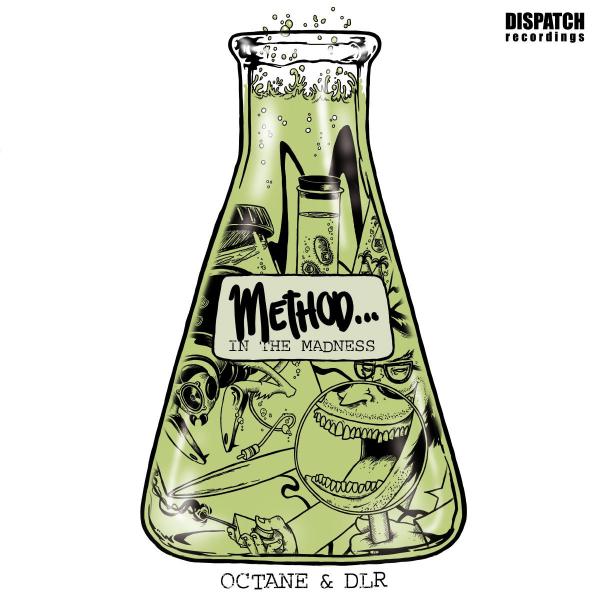 Carving their very own groove in the musical world; Octane & DLR (otherwise known as Chris & Jay) have been amazing us with great music since 2010 having released on Renegade Hardware, Run DNB, Audio Tactics and of course initially and most regularly on Dispatch Recordings. This extremely talented duo have been beavering away in the studio for the last 12 months (and then some!) compiling an album which is now complete and ready to be unleashed. Four select tracks in total from the album have been sent to DJ Friction and he's aired all of them on his BBC Radio 1 show to date; the lead track from the album sampler release "Murmur" (co-written alongside Break) has now been aired 5 times across 5 different shows (that's a fairly good endorsement right there). The full 17 track collection will be released on CD featuring collab work alongside select artists such Break, Cern and EBK as well as guest vocalists and MC's Fokus, Kemo, Gusto and Marion. Only selected tracks from the 17 are being pressed to vinyl. The CD format features exclusively hand-drawn artwork from Nate (at Southpaw designs) adorned across its packaging and the CD itself within does contain 3 tracks + interludes that are completely exclusive to the format. DJ Support from: DJ Friction (on BBC Radio 1), DJ Marky, Andy C, Noisia, Goldie, Alix Perez, Ant TC1, Calyx & Teebee, DJ Hype (on Kiss FM), SPY, Youngsta, Logistics, Survial & Silent Witness, EBK, Cern, Hybris, Need For Mirrors, Xtrah, Kasra, Mindscape, Skeptical, Nymfo, Jubei, C4C, Lenzman, Safire, Optiv & BTK