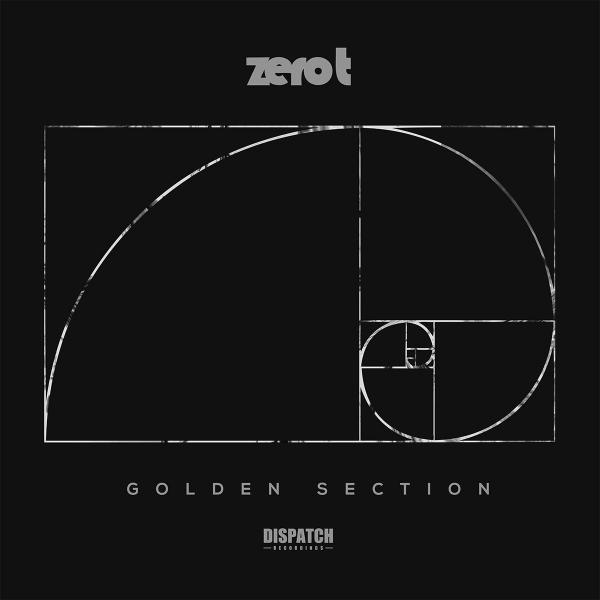 A purveyor of the spectrum's deeper end, re-known for an ever quality output, we're pleased to present the 2nd album from Zero T, entitled 'Golden Section', coming on Dispatch this Autumn. Taking its name from a classical mathematic formula (illustrated on the album's artwork), Zero T explores the science and maths behind beauty; the factors and stimuli that govern our perception of balance, harmony and beauty in nature, art, architecture and composition. Exploring intrinsic reactions to music and how discerning elements can balance against one another, Zero T ventures into the senses across the album; from the mesmerising nostalgia of 'Macushla' and dubbed out roller 'Everything Must Change', to dancefloor poised punishers 'Good For Nothing' and 'Wolf Tone'. Each featuring 3 specially selected tracks from the album, parts 1 and 2 are split between elegantly arranged solo jaunts, such as 'Late Nite Movies' and more technically focused collaborations. Linking up with Fierce on the unrelenting, yet, mischievously sampled 'Cross It', Zero T also joins fellow Dubliner Beta 2, with two industrial workouts, including harsh stomper, yet groove driven 'Cairo'. Utilizing the technical apparatus to investigate a long adopted term, Zero T carefully maps out the indices to deliver a classic, all-encompassing long player that evokes the senses in numerous ways. Album Part 1 Tracklisting A ) Zero T Cross It (ft. Fierce) B1) Zero T Late Nite Movies B2) Zero T [digital bonus] Clondike (ft. Beta 2)