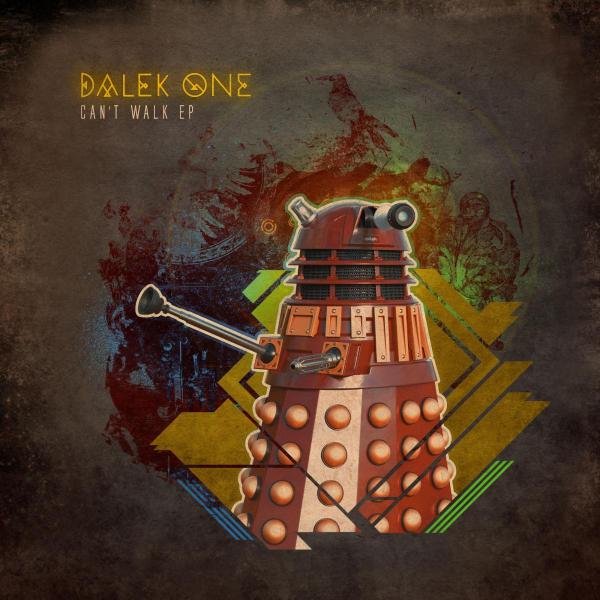 Blistering heat. Manifesting itself in the form of superheated sound system music, the US-based Dub Sector substantiates another potent, sonic signature with its subsequent, physical release. Welcoming back one of their latest signees from a massive compilation, the gifted vibrations of Dalek One etch their grooves into the label's third vinyl outing and onto powerful stacks of speakers all over the globe. His discography is a sight to behold, supported by some of the scene's foremost figures from past to present - notably having released on Truth's as well as DJ Hatcha's imprints, Encrypted Audio, Duploc, and other quality Dubstep hubs. Ready to unload another ton of pressure, the man of the hour reveals his next three enormous aces up his boundless sleeves - game to shake up the dance. Backed by the likes of Caspa, 'Can't Walk' advances its visceral sound design, carved out of fastidious distortion and frequency modulation. Most likely brought to you from another world, the resulting sound charge rejoices with livid, granular foley sampling and plenty of Breaks & Jungle influences - pure madness ensuing in the second return of its full might. Turning to a more intensely abysmal soundscape, 'Skincrawler' is fuelled by haunting echos and ephemeral drums. Ramping it up amidst the tape hiss, the proceeding brew of oscillations takes your head right off. Stripped down to its core and with heartfelt swing, the relentless sub-bass onslaught backing its every move - an incarnation of demonic spirits, supremely encapsulated. Collaborating with Max Mischief on 'Sicim' - the final blow sends us backwards into vintage tape delays, embedded on a profoundly nostalgic piano melody. Eccentric drum patterns swing from one high- amplitude sine wave to another, keeping the amplification hard at work and the dance floor unwaveringly aflame.