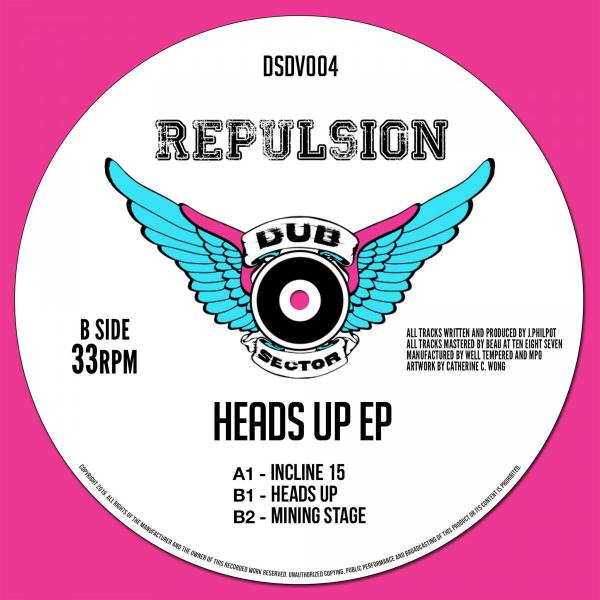 Onwards and upwards, Dub Sector perseveres with its fourth physical discharge, welcoming Repulsion to the (vinyl side of the label roster). Taking the reigns in succession of the latest heaters by Dalek One, the following three low-end fiestas are brought to you by the swiftly aspiring producer, his base of operations residing in Oklahoma, US. Active since 2011, the promising artist has since then put forth a multitude of releases on various esteemed imprints, including two 12" appearances, and digital publications on labels, such as Dubstar Records and Dayzerzo's Vomitspit. Reviewed by the likes of MixMag as well as receiving airplay from Dubstep ambassador Joe Nice and inDepth Radio among others, Repulsion has also joined Denver's SubMission agency roster and is actively involved in various musical projects. His sonic signature is situated within the sphere of Dubstep, embedded in Lo-Fi sampling aesthetics. A refreshing take on modern sound system music, infused with lush vintage flavours, Hip-Hop influenced grooves and swingy basslines.