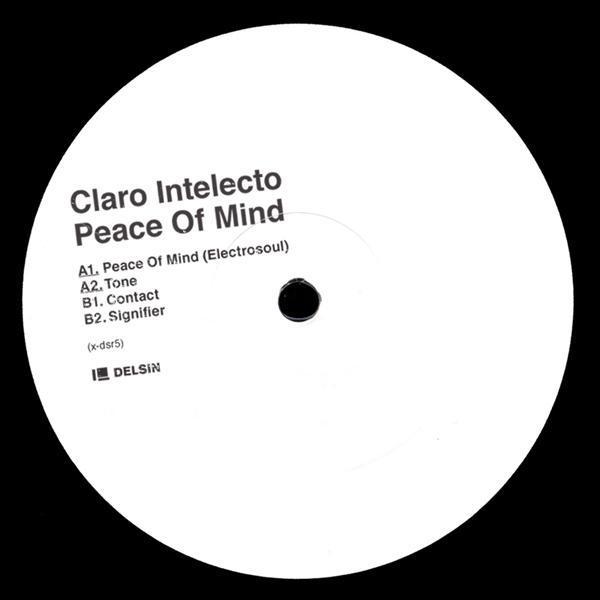 Back in March 2003 Claro Intelecto announced his arrival in the electronic world with his Peace Of Mind EP on Ai Records. Now, a decade later, Delsin, the label on which he released his latest LP, is re-releasing it in all its glory. Across four perfectly formed tracks the EP proved Manchester's Mark Stewart to have a fine grasp on techno, electro and dub, and that he was able to do his own unique things with each. Arguably the most well known cut from the EP is 'Peace of Mind (Electrosoul)', a busy bit of chattery house-come-electro that is wired up with many zithering melody lines and Claro's trademark lush strings. 'Tone' is then a much more frazzled and aggressive bit of techno with raw, slapping percussion, gurgling synth lines and plenty of dystopian electro vibes. 'Contact' then settles into a deep, dubby, spacious groove with airy hi hats and a delightful bassline and carries you along effortlessly, and final track 'Signifier' closes things out in beautifully serene style with ambient swirling pads, organic synths and a curious bassline that rises and falls like the tide. Seminal stuff that still fetches a high price on Discogs, it was the start of a remarkable career for Claro Intelecto