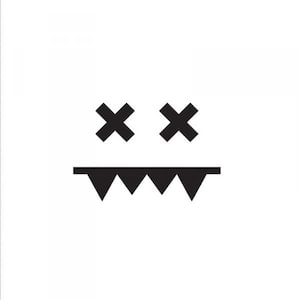 As one of the figures that helped define the neurofunk sound, Jade needs no introduction. Drawing from a wide range of influences including Konflict, The Prodigy and The Crystal Method, the Hungarian producer has been producing hit after hit for the last eleven years, with his very first release being snapped up by none other than Black Sun Empire. A veteran in his field, Jade has become an integral part of the neurofunk scene, and has been remixed by heavyweights such as Phace, Audio, and Icicle. With huge collaborations with Black Sun Empire, an infamous bootleg of Dick Dale - 'Misirlou' (aka 'The Pulp Fiction theme') as well as his own highly acclaimed album on Citrus Recordings behind him, Jade has now focused his talents to his own label - Eatbrain. Originally set up as an outlet for his own work as well as that of his close friends, Eatbrain is now set to become one of neurofunk's most daring labels. With its first release featuring Jade & State of Mind's 'Here We Go' and 'Audio Hypnosis' from Jade himself on the flip, this budding label has forced people to take notice from the very beginning. The Venom Remix EP follows things up in a big way and can be seen as a statement of intent, with four tracks from Jade's very own Venom LP getting high profile remixes from some of the neurofunk scene's most prestigious names. With a back catalogue already boasting Jade, Black Sun Empire, Fourward and Mindscape among others by only its third release, Eatbrain is a label with big plans - and big sounds to match. 'No Cure (Black Sun Empire Remix)' One of the names synonymous with the darker side of Drum and Bass, this remix comes from the legendary Black Sun Empire. Beginning with a dark ominous atmosphere, this reworking of the Jade classic takes an even darker tone. Featuring a fat bassline, unsettling glitches and choice samples, this track rumbles into life and never lets up. Combining the precise, shadowy sounds of Black Sun Empire with the already dark, gritty nature of the original, 'No Cure' is one of the sickest tracks around. 'Moblaw (Fourward Remix)' Offering no let up, the EP ends with a huge collaboration with Matt-U brought up to speed by the mighty Fourward. Since forming in 2007, Fourward have had releases on Virus, Nasca and Citrus as well as Blokhe4d's Bad Taste Recordings imprint. Already a dancefloor favorite in its original guise, this slick remix takes things up a gear, with the Austrian four-piece tinkering with the memorable Reese bassline and adding an extra sense of drive, urgency and depth to an already certified banger.