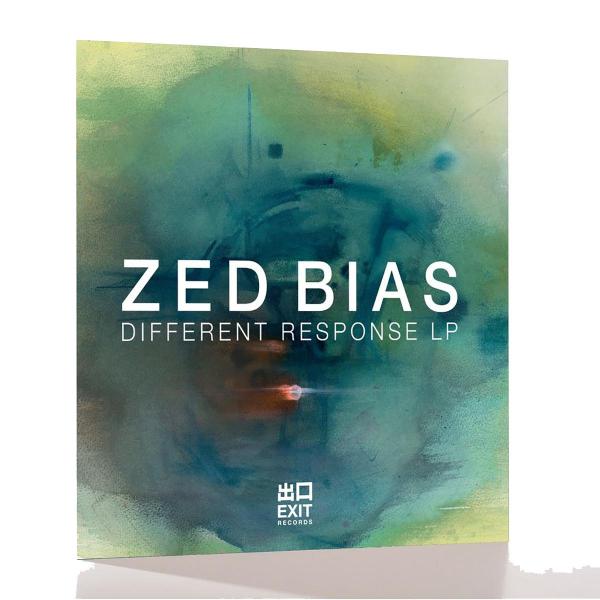 "Zed Bias is an electronic music pioneer, throughout his career he has traversed genres with ease whilst all the while retaining his signature sound. It was in 2016 that he debuted on Exit Records with a three tracker featuring Zoe Violet, the release was a sign of things to come. Modern U.K. soul delivered in the 160bpm format, this aesthetic has now been developed with the Different Response album. It's the sound of Zed Bias in 2017, undeniable soul with one eye on the dancefloor. He's gathered a formidable feature list to voice the album- artists from his native Manchester and beyond all lend their talents to the album. Label owner dBridge says of the release: An LP that fits perfectly in what I believe Exit is about. Artists creating music with soul and a sound uniquely their own. Zed has shown again what's possible when you listen to your own voice