Global politics / I Take The Risk

Keith and Tex / The I-Twins 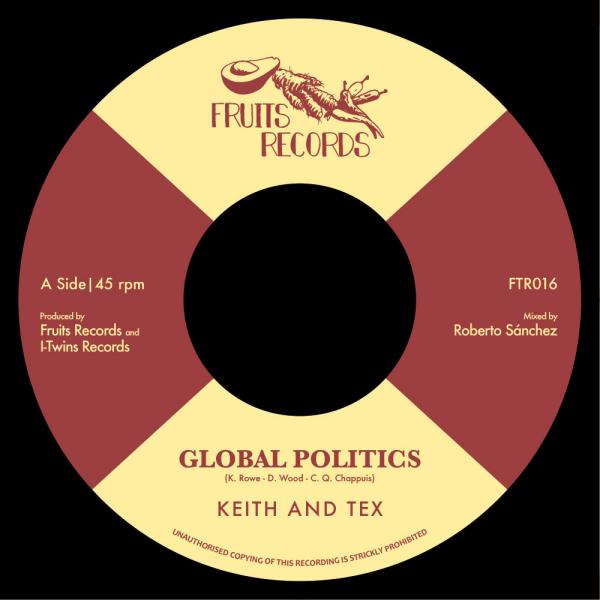 Brand new single from legendary Rocksteady duet Keith & Tex! Famous for hits and classics that have lasted more than half a century like 'Stop That Train', 'Tonight' or 'Let Me Be The One', Keith & Tex proved that they were still on top of the Rocksteady scene with their latest album 'Same Old Story' released in 2017. In summer 2017, they met Swiss band Najavibes and teamed up with the crew to record a new original song: 'Global Politics'. This single stays true to the Rocksteady essence they are famous for and will delight both sound systems and collectors of the sixties sound! B side features another duet from Geneva: The I-Twins.