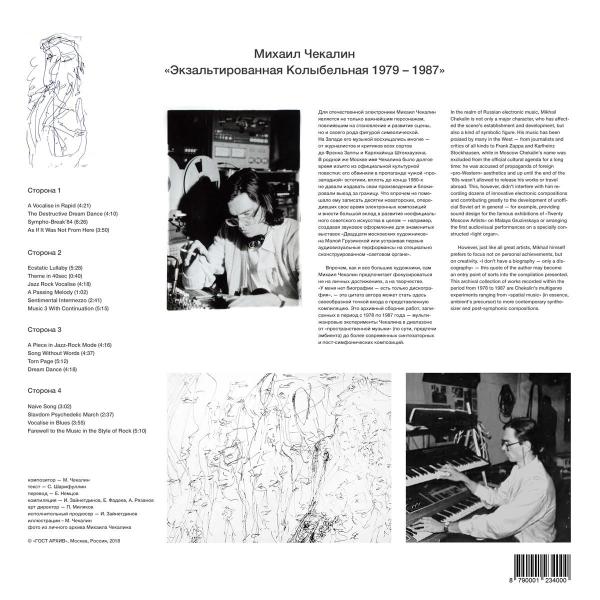 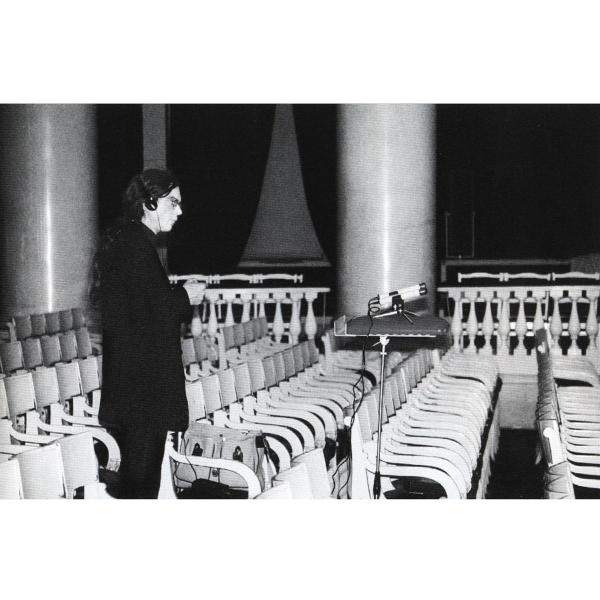 BARCODE: 8790001234000 For Russian electronic music, Mikhail Chekalin is not only a major character, who has affected the scene's establishment and development, but also a kind of symbolic figure. His music has been praised by many in the West - from journalists and critics of all kinds to Frank Zappa and Karlheinz Stockhausen, while in Moscow Chekalin's name was excluded from the official cultural agenda for a long time: he was accused of propaganda of foreign 'pro-Western' aesthetics and up until the end of the 80's wasn't allowed to release his works or travel abroad. This, however, didn't interfere with him recording dozens of innovative electronic compositions and contributing greatly to the development of unofficial Soviet art in general - for example, providing sound design for the famous exhibitions of 'Twenty Moscow Artists' on Malaya Gruzinskaya or arranging the first audiovisual performances on a specially constructed 'light organ'. However, just like all great artists, Mikhail himself prefers to focus not on personal achievements, but on creativity. 'I don't have a biography - only a discography' - this quote of the author may become an entry point of sorts into the compilation presented. This archival collection of works recorded within the period from 1978 to 1987 are Chekalin's multigenre experiments ranging from spatial music (in essence, ambient's precursor) to more contemporary synthesizer and post-symphonic compositions.