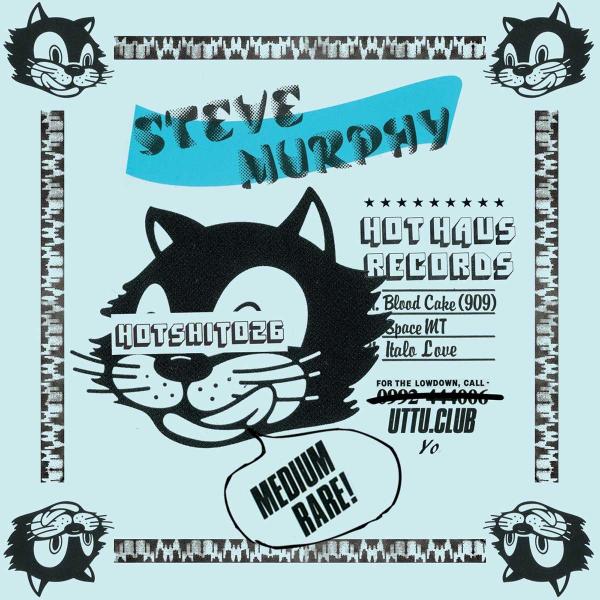 Despite his artist name and his trademark sound, Steve Murphy does not come from Chicago, but from Mira, a little town on the suburban area of Venice. Steve has been djing since 2001, and in the past years has been rocking almost every club in his region. He is serious and professional behind the decks: playing only with vinyl, he blends electro and house, techno and new wave, acid madness and pop appeal. Steve has produced together with Die Roh an album ("The Chasm") and one e.p ("Windy City") on Chiwax, and a solo 10" ("Planet Earth") on Rawax; these records have quickly gone out of stock and that have been acclaimed by the lovers of the classic Warehouse sounds. In 2012 he has started the Riviera project and has founded the Muscle Records label, together with Lucretio, Dj Octopus, Caio, Madi Grein and Chevel. The label is a facility to spread what has been called "the sound of Brenta": a raw, nasty, machines powered clash of house and techno. In 2012 he also released "The Dove Ultimatum" on Vae Victis Records, under the moniker of Durant: an unfriendly 12" of distorted electro and funky acid beats produced with Die Roh and Lucretio.