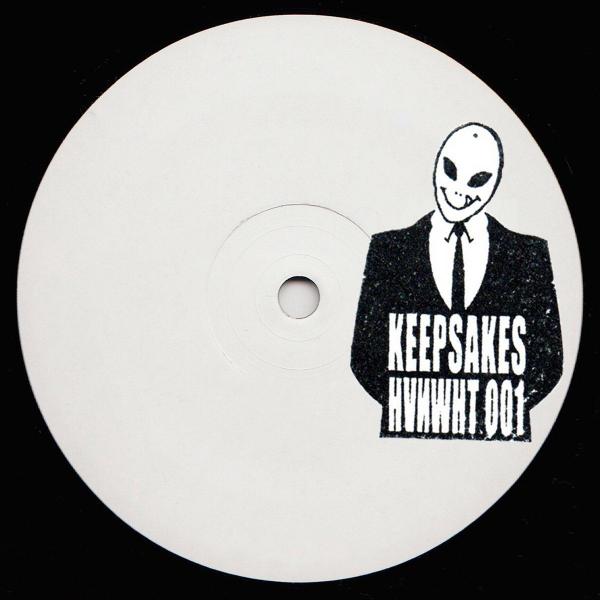 With the launch of their white label series Haven is giving all the Keepsakes fans out there a very special treat many of them have been waiting on for a while. On 'Years Of Delirium Part 1' Haven is pressing Keepsakes' best loved tracks from his earlier digital-only releases on to vinyl for the first time. Part 1 of this series sees the hottest tracks from his 'Stygian Concrete Works' (Sequel One Records) and 'Weapons Grade Manic' (Green Fetish Records) EPs finally available on wax. The A1 starts with 'Galso in Camo', firing off threatening synth lines, sudden drops and clanging drums in a tried-and-tested dance floor killer. The A2 follows with 'Easy Now', a hard techno and garage hybrid featuring gabber kicks and wonky bass that saw support from across the techno scene upon its release, featuring in Truss' 2014 Boiler Room set. The B-side then turns to the best of Keepsakes' release on Australia's Green Fetish Records. The B1 kicks it off with 'Gumming', a frenzied acid banger that keeps stepping up the intensity to fever pitch with its driving drums and catchy 303 line. The B2 then ends the collection with 'Let Me See Your Teeth', another track that saw wide support across the scene, being a favourite of Bas Mooy's following its release, with it's crunchy, no-nonsense drum programming, hefty, sinister synth-line and crushing drops known to get any crowd that likes their techno hard moving.