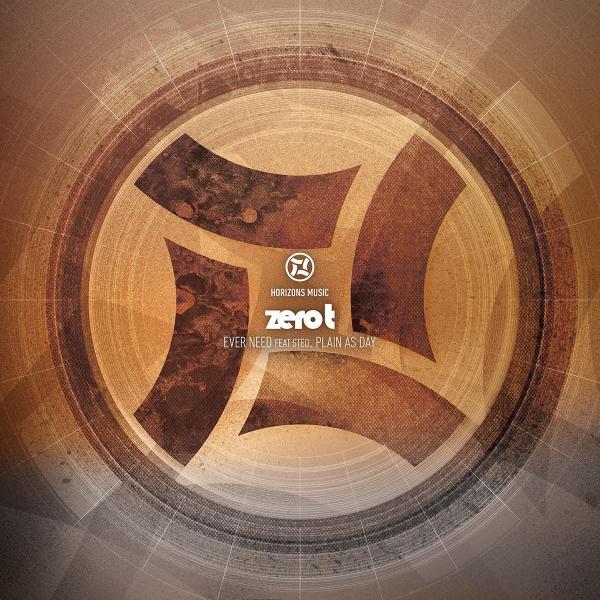 With over a decade in the game, London based Irishman Cian McCann, also known by his pseudonym Zero T, is about to join underground tastemaker Horizons Music for another phenomenal addition to their discography. Already weaving himself an established place within the scene, having worked with the likes of Calibre, Noisia, Alix Perez and more, his talent and work ethic have proved uncompromising. Also remixing classic dance music pioneers Dillinja and Rolo from Faithless, his output has never receded. Zero T's music presents the same type of diversity as he plays behind the decks, but this can only be expected from a producer who's released on every platform, from the likes of Shogun and Subtitles, to Soul:r and Signature. But this time, it's Horizons who have taken him under their wing and with such an unbreakable work ethic and stellar output, it's easy to see why. Up first is 'Ever Need'. Featuring the vocal prowess of Steo, it's a melodic roller that carries itself forward on clattering hi-hats and falling wave patterns. Quickly clinking drums help to bolster the mix slightly, but what really becomes apparent is the track's minimalism. Steo adds a beautiful humanistic twist, with his voice notes hitting amongst each falling break, telling a tale of forlorn love. Your introduction to the EP, it definitely sets a precedent for what's to follow. Plain as Day' comes next. It's slightly darker in its delivery, with lofty key notes drawing you into a pattern of weirdly displaced breaks. This is Zero T at his most foreboding and you're unsure of which direction this track is going to take. Your intrigue is taken one step further, when tribal wood work flows through the mix and you're once again left to stand back and bask at the producer's integral sound design.