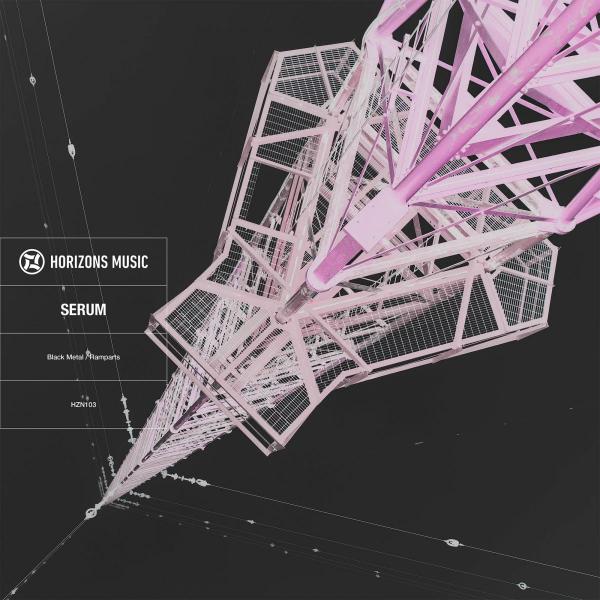 On first listen, it s no surprise that Serum has received support from the likes of Andy C, Friction, Bryan G, Fabio, Shy FX, Dillinja, Ray Keith, DJ Marky and many more crucial tastemakers. With records like title-track Black Metal doing damage, alongside its clinking metallic hi-hats and winding bassline, Serum s sound was certainly created for the clubs. Punchy drums and crackling bass helps to underpin his signature, a staple production style which has made him notorious. Then comes Ramparts , crashing forward on clattering breaks and an undeniable groove which sifts mercilessly through the mix. Serum delivers blow after blow, with kicking drums and distorted sonic creating a disjointed roller which becomes more imposing with every layer. Up next is Skeleton Key , a weighty offering which reverberates with every crunching sub. Spectre-like atmospherics push themselves across the composition, overlaying a creeping feel which juxtaposes methodically against its more slanted elements. Serum knows how to create a feeling of unease; it s this uncompromising feature which has made his records so impactful on dancefloors.