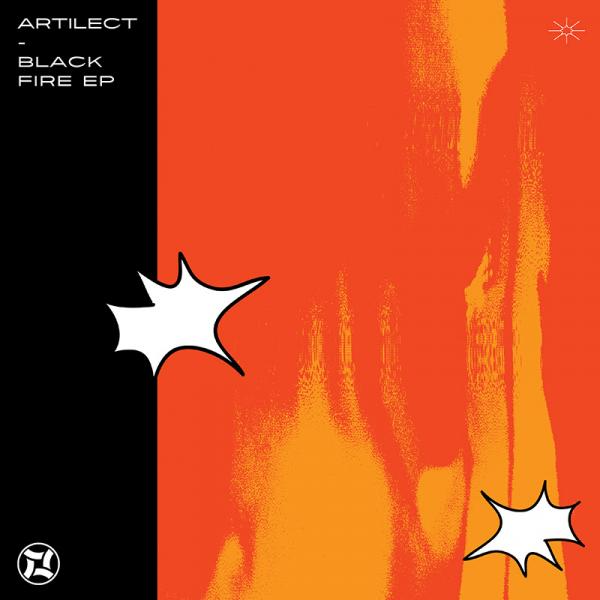 Artilect's varied musical background is one of the primary reasons why his production is so coveted throughout the back catalogue of the labels he's released on. Beginning his career in Manchester during the mid 90s, his love of breakbeats lead him into the world of hardcore and jungle, where his appreciation of electronic music grew year by year, whether that was the sounds of Detroit or Acid Techno. Having supported artists like the legendary Marcus Intalex at Guidance, his part in the Northern collective Audiosalad helped promote his finely honed craft to a more widespread audience. And now he joins the roster of Horizons Music, an imprint who strives to only deliver the most cutting-edge records from the underground; it seemed like the perfect home for an artist who has only offered the same standard with every track he's released. And the 'Black Fire' EP is no different, with its full spectrum look at the influences which have enabled Artilect to reach this monumental stage in his career. Title-track 'Black Fire'is chaotic with its swathes of crashing percussion; its impact gains more and more momentum as it gradually builds and crashes along its finely-chiselled bassline. 'Hoax' has the same old-school feel, paying homage to the producer's roots whilst he flexes his ability to create hard-lined breaks which crash against the record's firing drum sequences. 'Deep Signals' is moodier in its approach, with each weighty bass pad lowering the tone as it draws you in gradually. Whilst 'Deep Signals' still nods its head to the type of music which made drum & bass so infamous during its explosion, it alludes to its more contemporary world, with Artilect enabling you to become fully immersed within it. Finally, 'Tryptamine' once again offers a darker edge although this time is goes to even filthier depths, taking you along for the journey through shaking subs and cranking atmospherics. It has a creeping blow, proving that Artilect reigns supreme over his soundscape; another reason why Horizons brought him on board to deliver such a mind-bending release, alongside his eloquent production standard and refusal to bow against commercial pressure.