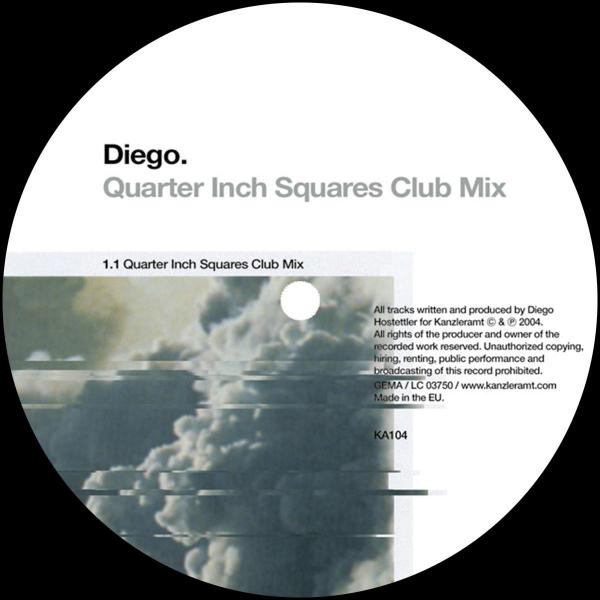 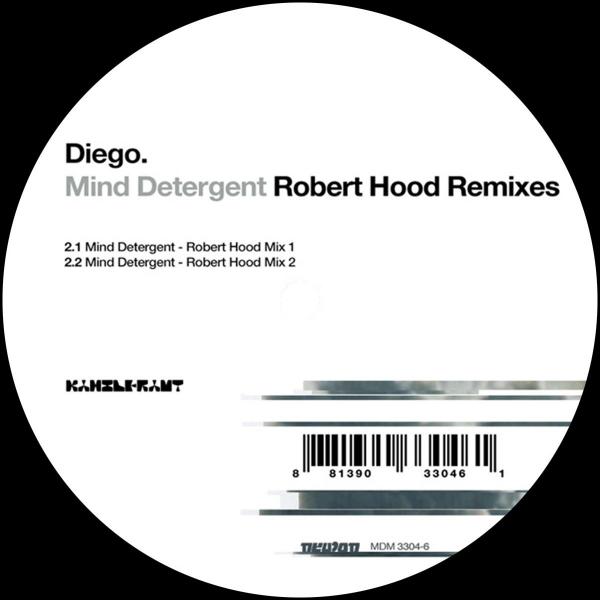 Minimal Nation leader Robert Hood returns with 2 stripped down slammin' funky techno remixes of Dieg's last years album anthem "Mind Detergent". Straight out of Detroit with funky beats and a few nice variations in both mixes. Diego's last album "Instant Reality" (ka85) released in late January 2003 was definitely a big highlight in kanzleramt's album history and gained much respect from the worldwide dj elite and consumers around the globe. Diego himself adds one of his most recently produced tracks "Quarter Inch Squares" in a special Club Mix for the a-side as a prelude for the next album.