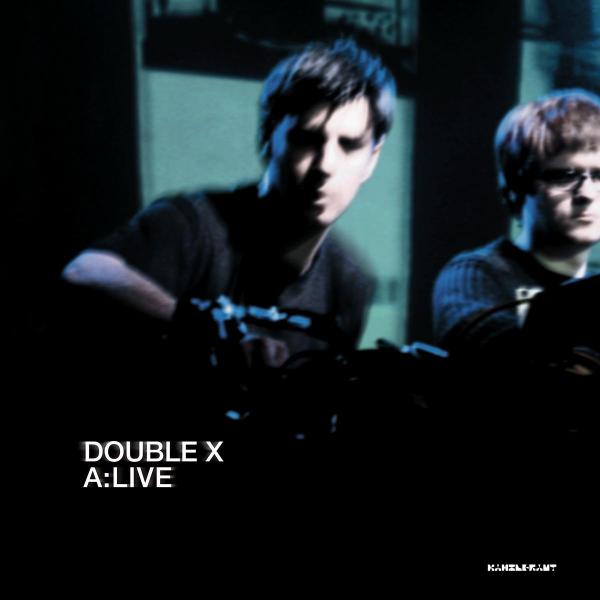 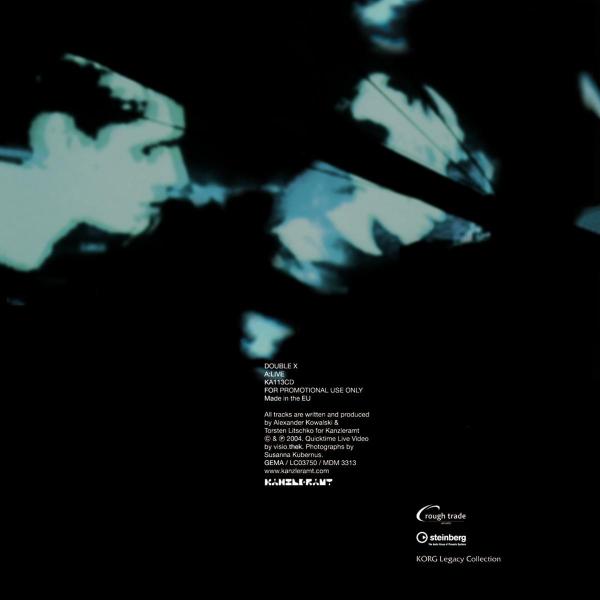 "A:LIVE" is the first Double X album by Alexander Kowalski and Torsten Litschko (one half of Sender Berlin / Tresor Records / unGleich). The project Double X started when Alexander Kowalski and Torsten Litschko were invited to play a live gig at the Tresor Club for the Love Parade 1999 and somehow decided to play together. Therefor they needed to create a new project and immediately recorded more than 10 tracks in various spontaneous jam-sessions... Double X was born. The Live Set at the Tresor Club was more than exciting for the crowd as well as the producers and so the first records were released: a first 12inch as the start of the Berlin based unGleich label founded by the Double X members themselves, followed by the double 12inch "unGleich in Exile" (ka40) as their Kanzleramt debut, another limited orange vinyl EP on unGleich and finally the full length cd "Strain one's ears" with all previous vinyl recordings again on unGleich. A big wave of positive feedback followed and made the new project a great success from the very beginning on. The following years the two X's concentrated on their solo-careers. Torsten Litschko sold more than 7000 albums with his Sender Berlin debut album on Tresor and Alexander Kowalski went on for even more success with his albums "Progress" and "Response". For the 10 years Kanzleramt anniversary party in Berlin the 24th of January Double X got back to work and prepared some new tracks for... again a live set. It went on well and so both had fun enough to decide for a first Double X album. Finally the album was finished exactly 5 years after both had started the project. "A:LIVE" represents the rough and direct character of Double X live sets. It was completely recorded in spontaneous jam-sessions to keep the special improvised charm.