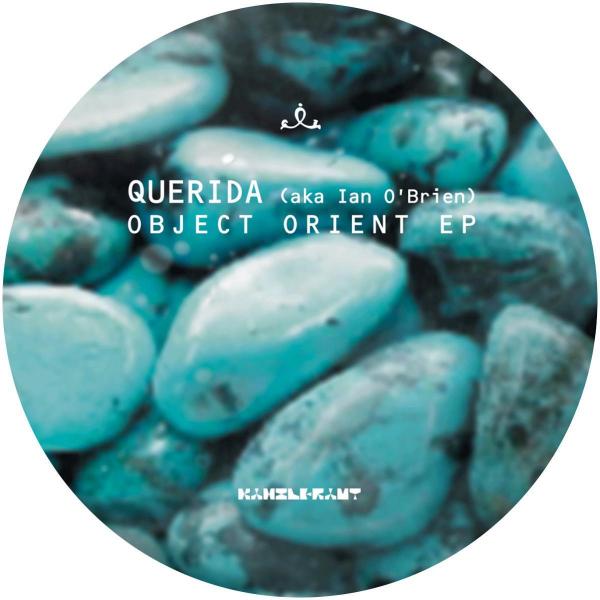 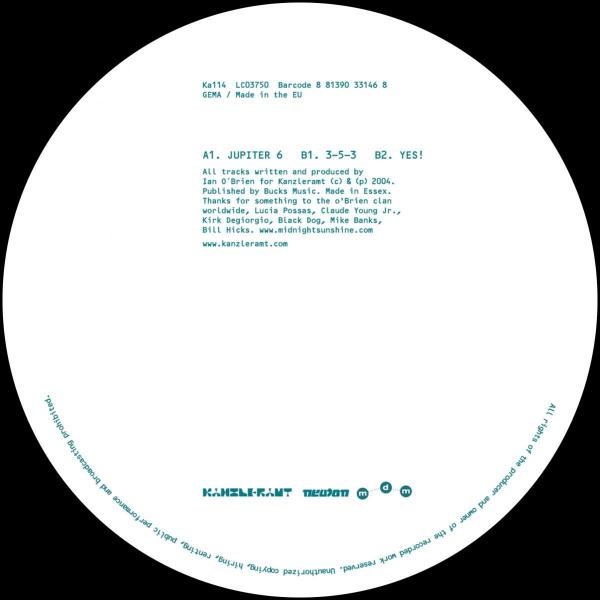 Kanzleramt welcomes one of the best UK producers with an excellent new 3 track EP: Ian O'Brien! Thrity year-old Ian O'Brien was born in Essex and grew up listening to the sounds of his parents' favourite music, The Beatles and Stevie Wonder. As a teenager he became seriously interested in music when a friend introduced him to the sound of fusion group Weather Report and pianist Herbie Hancock. He took up the guitar and went to college in his home town of Southend to study music. Around this time he became interested in electronic music after accidentally discovering the music of Underground Resistance, Derrick May and the other Detroit techno artists of the time. Inspired by the Detroit sounds, Ian took up production and released his debut EP as "Memory Tree" in 1995 (co-produced with Asad Rizvi), receiving playlist support from Kiss FM's Colin Dale and Colin Faver. This was followed by a string of recordings for UK underground labels including Ferox, 4th Wave and Pacific records. His debut album "DESERT SCORES" was released in February 1997 on Ferox records, to great critical acclaim.The album marked a change in style and enabled Ian to be seen not only as a Techno producer, but also as an experimental artist exploring new sounds and styles. The album's extensive use of odd time signatures set a trend that was heard on electronic records throughout the late 90's. As a result of the record's widespread appeal, he went on to do remix and production work for artists as diverse as Lisa Stansfield, Japanese artist Monday Michiru and Belgian pop stars Telex. He has since collaborated on material with some of the best techno artists on the scene - including Claude Young and Kirk Degiorgio amongst others. His long-awaited second album "GIGANTIC DAYS" was released on UK Peacefrog records in April 1999. "Gigantic Days" was re-released with new material for Japan in December 1999 on the Toy's Factory label. In July 1999 Ian completed a specially commissioned composition for a hit Japanese manga cartoon ("Cowboy Bebop"). He also compiled the double album/cd "ABSTRACT FUNK THEORY" for Logic Records, which was universally acclaimed by the music press. The compilation was named "compilation of the month" in DJ MAGAZINE and MINISTRY September 1999. His EP for Peacefrog records, "Heartstrings", was voted best single of the month in many UK magazines including the (now defunct) MUZIK and JOCKEY SLUT. November 2001 saw the much anticpated release of Ian's third long player "A History of Things To Come". This critically acclaimed album saw something of a departure from the likes of earlier works like "Desert Score", with further integration of Brazilian and jazz music. Opting for full collaborations instead of sampling performances, Ian worked closely with Brazilian master percussionist Marcelo Salazar (who's known for his work with Azymuth and Dom Um Romao) and jazz saxophonist Nathan Haines (who has himself gone on to enjoy a successful solo career on the Chilli Funk label). Ian continues to be an in-demand DJ worldwide, taking in audiences as far afield as South Africa, Singapore and of course Brazil. Earlier this year he completed a much acclaimed "Peacefrog" tour with his fellow label mates Matthew Herbert and Charles Webster. He is currently working on his fourth solo album for Peacefrog records, to be released later in the year, as well as a new project with Kirk Degiorgio.