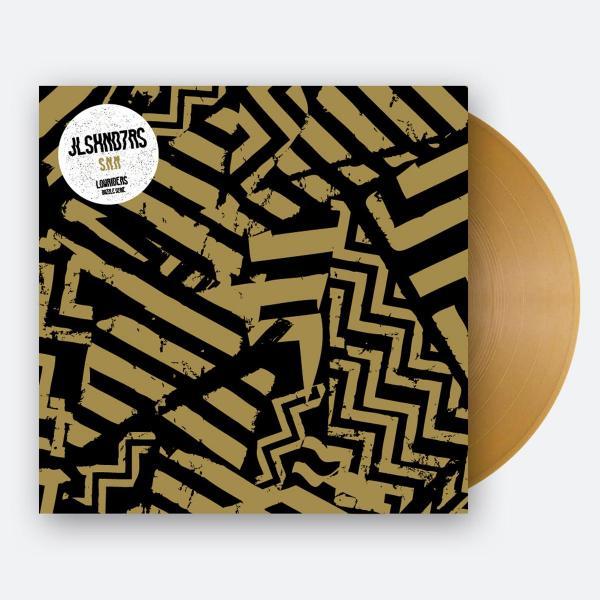 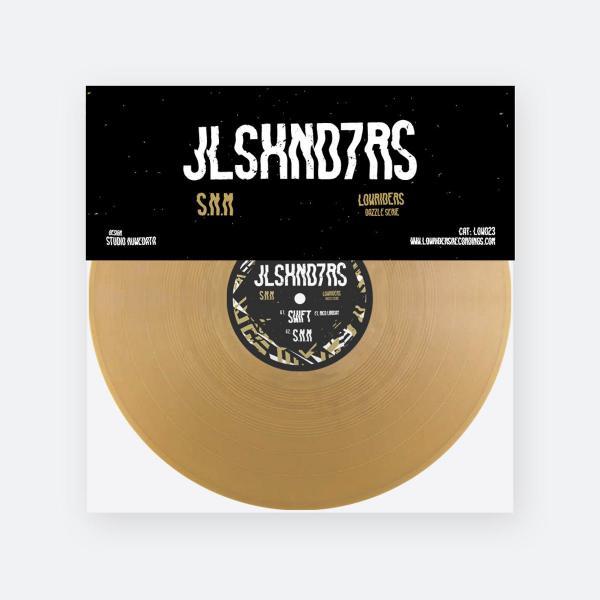 Limited to 250 copies Worldwide. Gold 12" Vinyl in a clear PVC sleeve with artwork insert. JLSXND7RS is a rising star within the heart of the Grime scene. Despite his lack of releases his tunes have been making the rounds among the elite in Grime. With his sound JLSXND7RS has succeeded in catching an authentic raw and gritty vibe most Grime fans adore. In 2014 he released The Undertaker. This collaboration EP with Trends and Flirta D quickly gained the number one spot on the Juno Download chart and also sparked the interest of Spooky Bizzle and the godfather of Grime, DJ Slimzee. This interest resulted in being affiliated with Slimzos Recordings which will lead to a release on the label in the near future. His beats also became favoured by MCs as they are played frequently on Rinse FM, Radar Radio and BBC 1Xtra. JLSXND7RS his Soundcloud profile is filled with radio rips with MC's such as Capo Lee, Nico Lindsay, Kwam, Rocks FOE, Skepta, Jammer and Wiley spraying their bars over his beats. Needless to say JLSXND7RS isn't a rookie when it comes to Grime. Recently he released his co-produced EP The Undertaker Remixes on Reloadz and the Red State EP on DJ Spooky Bizzle's Ghost House Records. JLSXND7RS also has quite some production credits coming up for MC's like Wiley, Killa P and Hitman Hyper. JLSXND7RS is a purist when it comes to grime. Even though his approach is much more melodic and yet never fails to screw up your face. On S.N.M you'll hear a perfect example of his dark side.