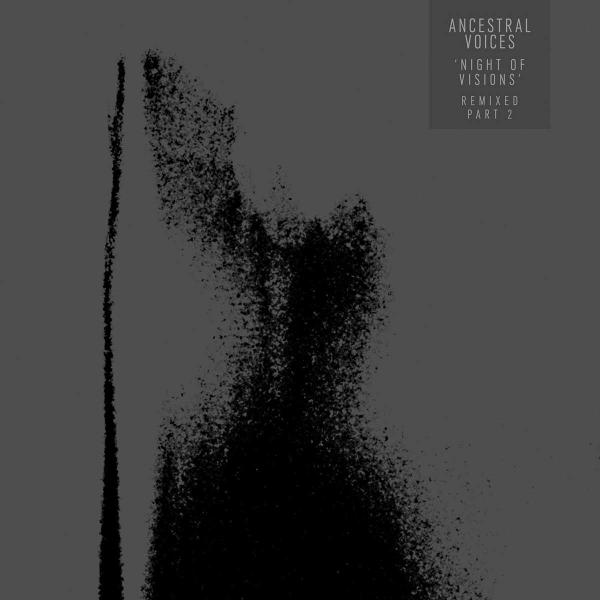 Liam Blackburn's transformative 'Night Of Visions' LP as Ancestral Voices forged a bold new sonic identity for an influential figure on the electronic music scene. From his groundbreaking work as Indigo and onto the success of Akkord's hybrid electronic melting pot (with Synkro), the quest for forward movement is intrinsic to everything Liam produces. To further celebrate the 'Night Of Visions' LP release, we asked some of our favourite producers to reconstruct some of 'Night Of Visions' highlights in their own style. Samuel Kerridge requested to use elements from 2 tunes and marry them in one remix. Elements from 'Sleepless Night, First Light' and 'Ritual Terre' are dissected, reversed and used as haunting ghost like layers that coil themselves around an assortment of off kilter drum hits, guttural murmurs and sound effects that often feel like they are designed to test the flexibility of your speaker cones. 'Vine Of The Soul' gets the Pact Infernal treatment - all rattling percussion and high drama, there's a sense of dread that dominates the atmosphere, but this time it's combined with a ghoulish operatic layer. Perhaps the most overt of all the Pact Infernal productions, it just may be a forecast of what's to come for the debut Pact Infernal LP, due in late 2016. Lucy, Svreca, Eomac, Neel, Tommy Four Seven, Cio D'or, Shapednoise, Paula Temple, DJ Pete and more. Lucy "Absolutely stunning release. Really top of the top." Paula Temple "The Samuel Kerridge is something else entirely, a very special track, wow." DJ Pete "Nice remix competition ... won by Pact Infernal."