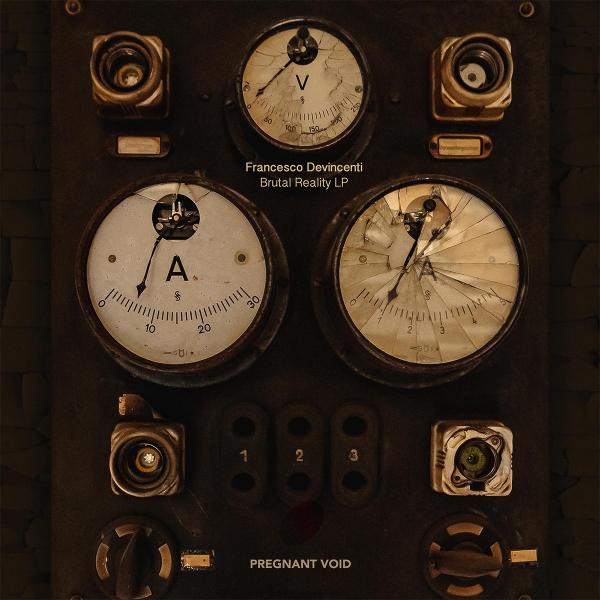 Pregnant Void returns with another of their deeply involving and thought-provoking albums, this time from Berlin based sound designer and live-performer Francesco Devincenti. Devincenti has been making music all of his life and quickly established himself back home in Northern Italy. To further his talents he headed to Berlin to study at the S.A.E. Institute and soon went on to a job at Analogcut mastering studio. As such he is a sound design wizard with an exceptional ear for detail and someone who can get real meaning and soul of out the machines he often solders together himself. He is part of a couple of live hardware duos - MORK and TDV - and always fuses ambient, techno, distorted grooves, jungle beats and dub moods into his immersive recordings. This new album draws on ten years of life experiences and uses music as a way of telling his own autobiographical story. "With the album I try to explain what I have inside in a way I cannot using only simple verbal communication: those moments of Brutal Reality where you lose something very important and cannot fully express yourself." Though always obsessed with finding his own musical voice, Devincenti is also inspired by studio masters like King Tubby, Adrian Sherwood and Mark Ernestus. His experimental music follows no existing path and is made on modular systems that result in unpredictable and unconventional ambience and rhythms. A number of collaborations add more flavours to this most rich and rewarding album, including friend Hi.Mo, label boss Simone Gatto and vocalist Alice Lobo. Brutal Reality is filled with truly freeform electronic music - sounds without borders, but with very real narrative and an absorbing sense of emotion that makes it a moving listen in more ways than one.