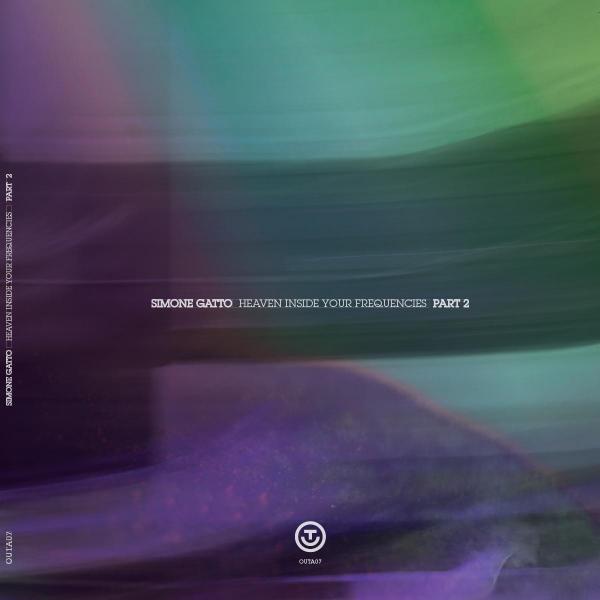 Southern Italian sociologist, DJ and electronic music producer Simone Gatto is about to release his second album, 'Heaven Inside Your Frequencies', in November 2017. Gatto's second album represents a complete excursus of his personal and professional paths, into which he combines music, words, studies, researches and experiments. Along with the album, split in two parts and to be released on both his labels Out-ER and Pregnant Void, the artist is also releasing his first essay, named as the album; the latter offers a theoretical and practical analysis on the use of sounds and frequencies in diverse areas of interest, dedicating space to music therapy and primordial techniques as well as their application in the current digital and virtual era. Both the album and the essay result from Gatto's personal experiences as well as his ten-year's artistic career: the love of his motherland and his parents, the first approach to clubs, the studies about the potentiality of frequencies, the electroacoustic experimentation and last but not least, the aesthetic sonorous research. The the first part of the album showcases Gatto's experimental inclination for electronic and electroacoustic music; as such, the upcoming on his label Pregnant Void, has been created to enhance the sounds of the environment and personal panoramas by agglomerating artists, projects and publications. The second part definitely focusses on Gatto's dance personality and club vision, even so, it stays strongly connected to its first part as complementary for the artist's objective. Ranging in between his favourite club niches, and collaborating with producers with whom he has shared embryonic projects, DJ booths or vinyl releases, Gatto prepares the audience for a complete journey into his idea of club music and grooves, featuring wide aesthetics and emotional resonance. It goes from the gentle tidiness of ambient and deep techno - 'No Te Olvides De Acordarte', 'Today Will Be Tomorrow ft. Kaelan', 'When I Was With You' and 'Limbo' to the intrinsic vitality of break beat, dub and funk tracks 'Caronte' and 'Holographic Drama' continuing with the dynamism of a typical Detroit techno brand of sound reinterpreted in a modern context, like in 'Forbidden Area' and 'Amazonia ft. Aubrey', and finishing with the joyful wildness of distorted sounds, in 'Jamming On The Couch ft. The Analogue Cops, OL047' in collaboration with long-time friends OL047 and The Analogue Cops; the last track, 'Il Canto Dell'Anima', is a partial excursion into the electroacoustic sound, articulated by ethereal soundscapes and piano arpeggios. The whole work is enriched by samples, field recordings and filtered vocals, sound elements which have been deeply explored in the first part of the album, confirming Gatto's aesthetical aptitude as for the club's universe as for the aesthetic sonorous research dimension. 'Heaven Inside Your Frequencies', recorded and produced between his motherland and other significant spaces and cities - the Ionian coast and natural parks of Lecce, his second home Berlin, the Whitney Museum in New York City and other significant places - 'Heaven Inside Your Frequencies' combines Gatto's theoretical background with personal and artistic maturity, achieved in the last decade. Simone Gatto's life, culture and emotions translate into a sonorous and written project, among sounds, frequencies and attempts to achieve empathetic communication with people. Specifically, the second part of the album in meant to increase the sensibility about potential interaction between performer and audience as for club contexts. The album listening and the essay reading are therefore complementary and equally functional to the achievement of the artist's goal: the empathetic communication through sounds.