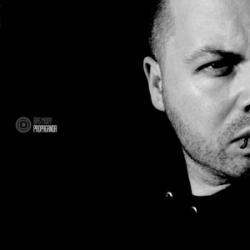 Planet Rhythm kicks off another double pack project and this time the one and only Rotterdam techno governor Bas Mooy steps up, presenting a big time essential double pack, which techno lovers worldwide can't won't and shall not miss! Watch Mr Mooy team up with none other then Ortin Cam & Jeroen Liebregts and watch his tunes get the remix treatment by people like Dj Boss, A.Paul, Wavemother & Exium! Either way essential status has already been reached by the A1 track, called 'White Pony'. Watch those hands rise towards the sky for this gruesome techno beast. Just watch the drop, then watch the people.. It will speak for itself. Dj Boss takes Bas's 'Bloedneus' to a whole new level. Feel the eastern vibes slam your face with its pounding subs and smashing kicks! 'Angstgegner' gets a straight up A.Paul rework, making it an even more terrifying track as it already was. Dark alley warehouse sounds all the way! Just when you thought.. Wheres the Bas?... it starts hitting you on the B2 with 'Kadaver'. The man himself on a solo mission with some heftyness ready to fill up any arsenal that needs upgrading.. Record number 2 is no different.. By teaming up with partner in crime Jeroen Liebregts (aka 1/2 of Radial) they deliver warm beats, injected with some warehouse funk and fueled by industrial gasoline. A daring mixture with grand proportions. Wavemother takes on the 3rd remix in this series and boy, if you like some quality good ol techno, this is the one for you! who's your mommy??? The Mooy is back again on the D1 with some more of that gooooood ol techno sound! Feel the industrial vibe in this one. Something this guy is a king in doing, maintaining and moulding like its nothing! Hear the Kofferkuli Murder and you know we're right! Last but not least Exium steps up for the final remix treatment. The side may be called D2 but this could easely be the A1. Trance sounds sliced and diced like only those amazing spanish people can pull off! The digital release features 3 extra bonustracks, remixes by A. Paul, Diabla Diezco and Oliver Kucera. Part one of two