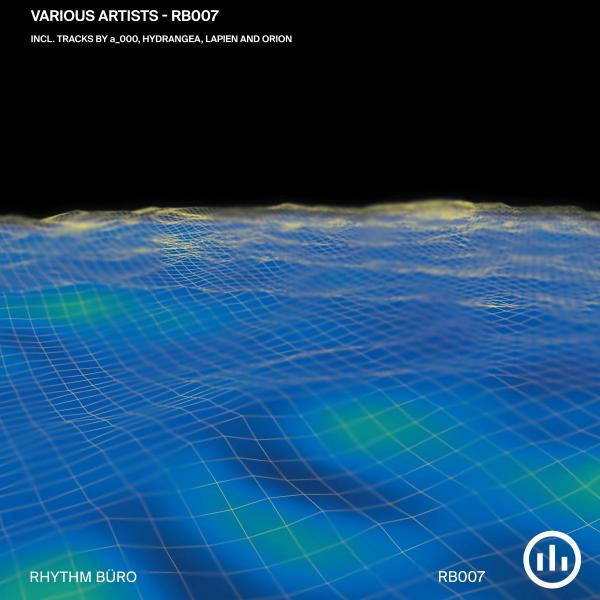 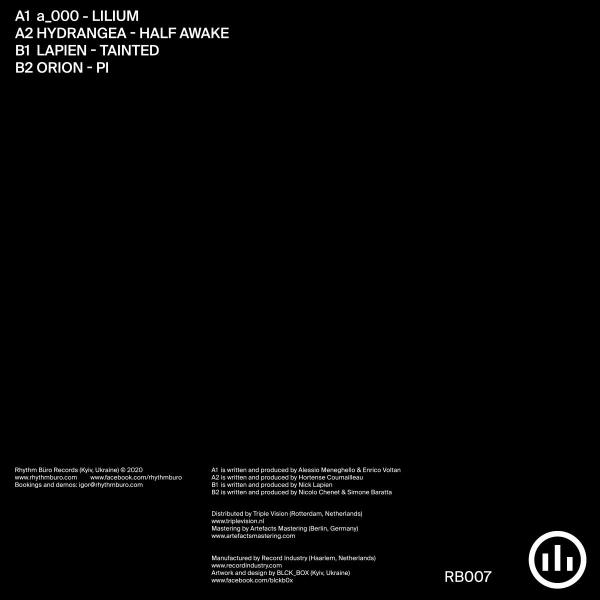 Rhythm Buro's second VA release comes together as something of a legacy of doing parties and running a label for nearly 6 years. While the Ukrainain founders and core team is three members, the extended collective is composed of DJs and producers who've often played the parties, fans and friends alike from around the world. This EP is a celebration of that community: the Kyiv-based initiative has brought a handful of the parties' friends together for one beautiful four-tracker. After a run of solo EPs in their catalog by the likes of Zadig, Haze, Na Nich and Cyspe, Rhythm Buro's 7th release includes such artists as the Italian duo a_000, their compatriots Orion, one-half of Artefakt, Lapien, and the up-and-coming French techno prodigy, Hydrangea. The record is intentionally divided into two different parts: the A side presents deep techno done very well, while the B side explores slightly housier sonic ventures. A1's "Lilium" is a track that might be best known among some of the heads; it was posted on soundcloud for a short time, but now sees the proper pressing it deserves. Its palate appropriately sets the deep and hypnotic tone for the record. A2's "Half Awake" by Hydrangea provides an agreeably logical progression, albeit arguably more attuned to peak time dance floor hours. The A side represents what Rhythm Buro as a label does best: techno not only for your feet and moving, but also for your head and dreaming. The B side of the record sees a nice shift towards groovier and brighter yet deep tunes. Lapien's "Tainted" on B1 follows a similar fate as its A1 counterpart, as the track was originally produced years ago, and only recently was given its final touches before finally being released. On B2 is a track by the Italian duo, Orion who are well-known for releasing records on their own label of the same name, as well as on Molly's RDV imprint. Both tunes signify Rhythm Buro's interest in and commitment to environments and sonic scapes other than that of the typical 'dark-sweaty-thumpingwarehouses.' The RB team is happy to say that more such examples of sonic diversity can be expected from them in future releases. As a label trusted by fans and DJs alike, Rhythm Buro delivers on the unspoken promise of timeless pleasant surprises, for on and off the dancefloor, inside and outside of the club, for a genre that can, at times, lack such a dedicated spectrum and passion.