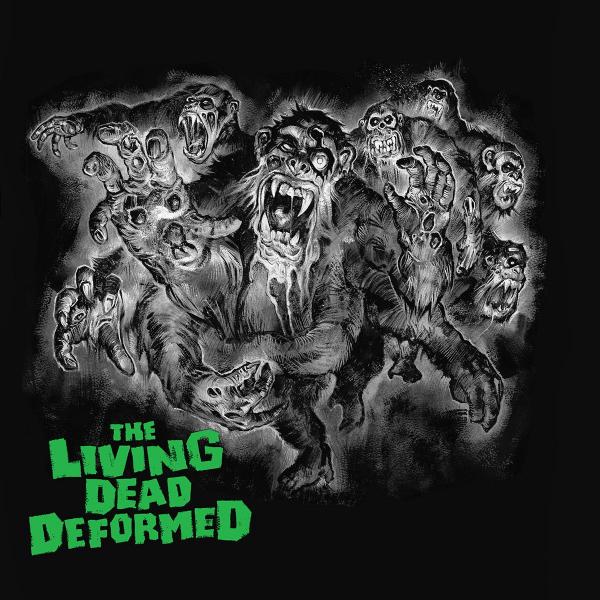 Jungle/Breakcore legends Deformer are back with another horror infused release: 'The Living Dead Deformed'. Deformer is known for putting the shock into electronic music and pushing the horror experience to another level. During their shows they cut off limbs and intestines are thrown into the audience while the extreme music turns the crowd into raging freaks. 'The Living Dead Deformed' pays hommage to one of the biggest horrorfilm classics of all time: 'Night of the living dead' (1968) and its creators. The record was produced before the unfortunate passing of George A. Romero. Out of respect, Deformer chose put out the record as a non-profit, limited edition, numbered by hand, green coloured vinyl release. The amazing cover art is created by legendary visual artist Graham Humphreys (A Nightmare on Elm Street, The Evil Dead, Poltergeist). 'The Living Dead Deformed' is dark, menacing and will again turn parties into moshpits. They won't stay deaf!