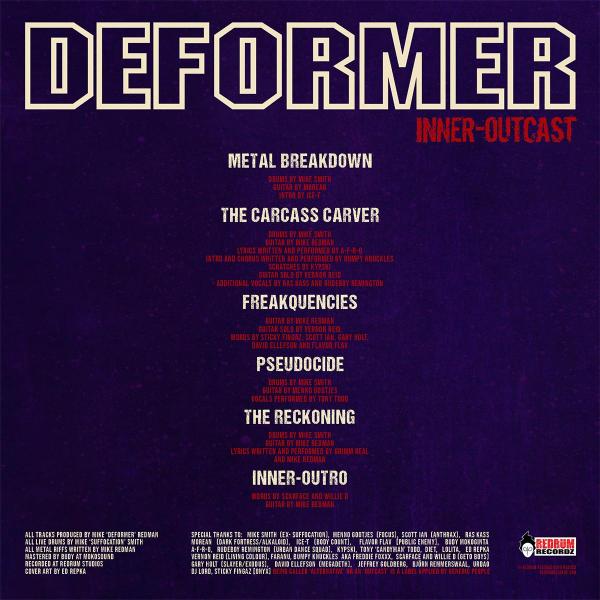 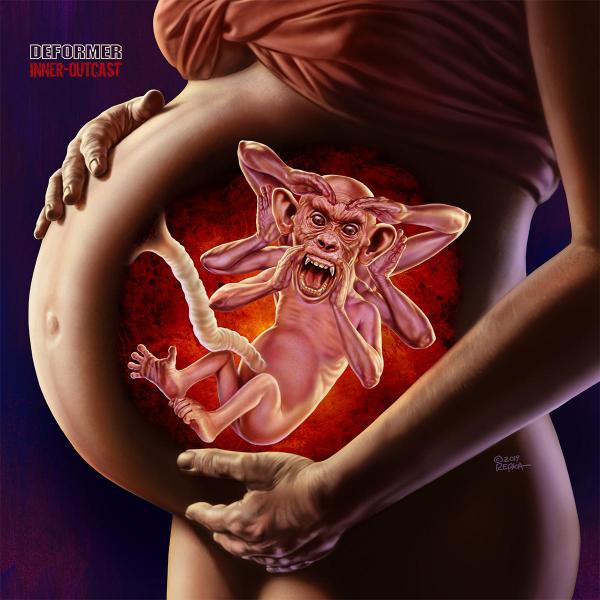 Mike Redman's Deformer project has achieved cult status throughout the years. Known for its extreme, horror infused electronic music and surprising collaborations with groundbreaking musicians, visual artists and film studios, Deformer keeps reinventing its sound while keeping its signature aesthetics. Consistent in being outrageous... with the new record "Inner-Outcast" musical boundaries are being crushed, again with a little help from some heavyweight invitees. On four of six tracks Deformer's fierce breakbeats enter into a deadly duel with the live drums of legendary ex-Suffocation drummer and blastbeat pioneer Mike Smith. Vernon Reid of Living Colour lays down some menacing guitar solos, Body Count's Ice-T provides some threatening words and many more legends are making "Inner-Outcast" an original, intense and above all, an unpolished release. A special appearance is made by iconic Hollywood actor Tony Todd, providing a haunting vocal performance as horror villain Candyman. Oh, and the cherry on top is definitely the amazing cover art by visual artist Ed Repka, known for his classic artwork for legendary bands like Death and Megadeth. With "Inner-Outcast", music journalists may have to come up with a new term for yet another genre, because Deformer's ever evolving sound is more unorthodox than ever...