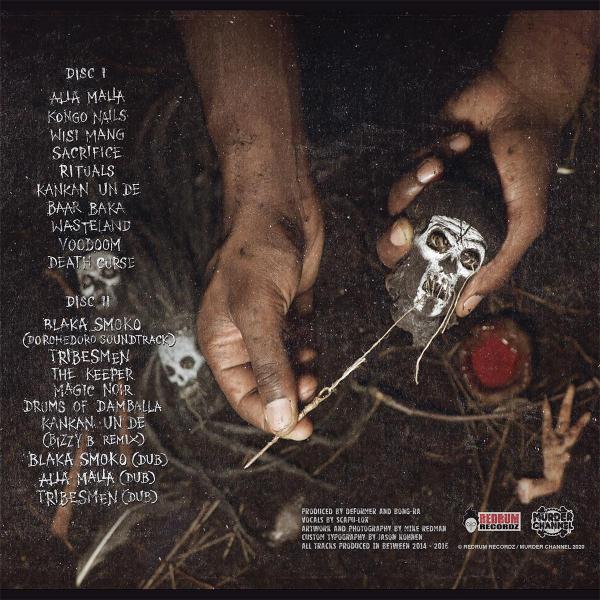 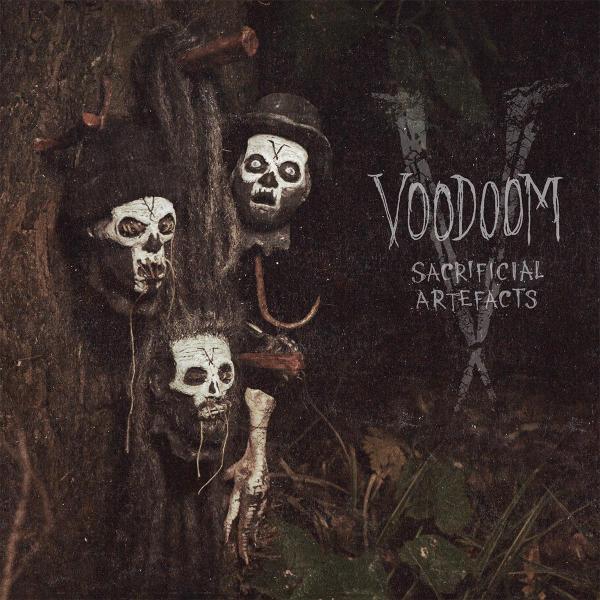 VOODOOM - Sacrificial Artefacts Deformer and Bong-ra are established names in the alternative dance scene and pioneers within extreme electronic breakbeat oriented music. Having successful solo careers, they joined forces on a side project in 2014 entitled VOODOOM. The project can be described as dark ritualistic jungle , inspired by oldschool UK Jungle combined with their menacing signature sound. Third member Scapu-Lox brings a totally unique ingredient to the music by adding vocals in Surinam language to the recipe. In 2015 PRSPCT Recordings released their self-titled debut album and it hit like a bomb. It was picked up by BBC Radio and helped enforce a Jungle revival in the club scene. Their international performances, dressed up like haunting Voodoom priests, made VOODOOM a festival favorite. VOODOOM was soon invited by Japanese label MHz to produce a soundtrack for Q Hayashida s populair manga series Dorohedoro which resulted in the track Blaka Smoko . In 2017 PRSPCT Recordings released their ep Tribesmen which again was very well received. Since VOODOOM was always considered a side project, in 2017 Bong-Ra and Deformer decided to focus on different ventures and put VOODOOM on hold. Now for the first time all VOODOOM tracks are compiled on a double disc compilation CD, including the highly sought after Blaka Smoko track, unreleased dubs, a special remix by UK Jungle pioneer Bizzy B and new artwork by Mike Redman. Junglists already know this is the real deal and you better believe it! Redrum Recordz / Murder Channel