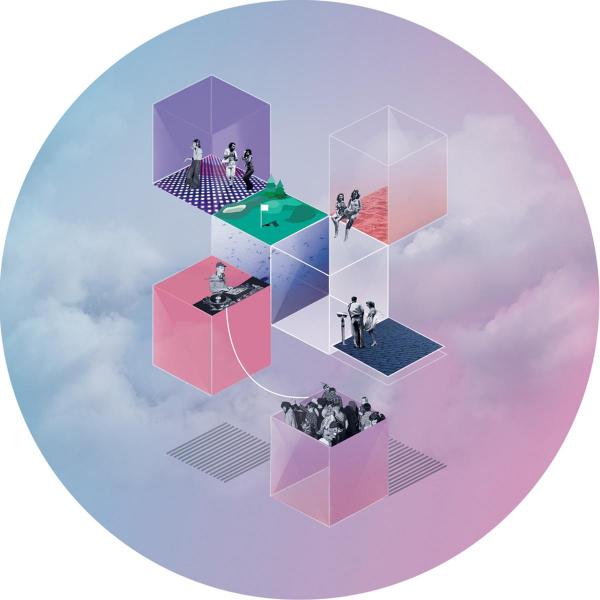 Leaving unwarranted hype to others - the London/Manchester based imprint Reflektion/Tapes are not messing around when it comes to their remarkably promising debut vinyl. Catalogued as RTAPES001 , it features a collaboration of Von D with Mizz Beats and Mr Lager respectively. The renowned, french heavyweight has a plethora of releases on highly regarded labels like Trojan Audio, GetDarker, Infernal Sounds, Khaliphonic & Scrub A Dub among others. If this were not enough, Deep Medi signee Mizz Beats, who s already collaborated with the likes of Roots Manuva and Silkie, has been back in the studio, pairing up on the A-Side with Von D for an unquestionably passionate musical work of art. On the flip the B-Side is a clear statement to the synergetic nature of Von D and Mr. Lager s joint effort - effortlessly topping off this release. Commencing with the much sought after Dot Compulsion , bell-like chimes reflect off playful lead melodies, leaving room for tape-delay trails floating away to soulful chords. A tastefully saturated bass joins its correlating 2-Step/Garage groove, rejoicing along an emotive ride. It then proceeds to evolve into a straight pulse, steadily rolling along, plastered with silky vocal snippets and captivating harmonic, at times granular, soundscapes. A highly differing brew of vibrations can be felt from Mr. Lager & Von D's Some Other Place . The B-Side sees us diving back down into the shadows. Initialising itself with an incredibly ponderous kick drum, complimented by sparsely used spring reverberations and twirling echo trails - introducing more dubstep-oriented accents. What follows is an airy, spaced out sub workout, accompanied by menacingly tight percussive hits from start to finish, guaranteed to test sound systems & leave chests rattling.