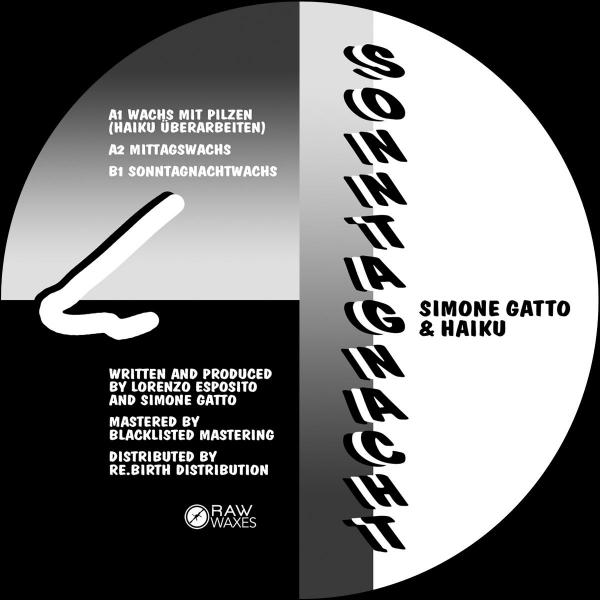 Having spent much time together using equipment, attending events or enjoying the Southern Italian coast, Haiku and Simone Gatto team up for their first featuring release ever, getting the inspiration from a memorable weekend in Berlin: the outcome is Sonntagnacht EP. The label accomodating the project is Raw Waxes, buzzed for hosting promising worldwide artists plus renowned remixers. Its seventh release starts off a limited series of five porn-not-porn artworks marked by Benedikt Rugar, Berlin-based illustrator known in the business for collaborating with german institutions like Berghain, Groove.de and Cocktail D'Amore with his unique style made of "liquid shapes, hard graphical contrasts, and soft bubbles" (DJ Broadcast). Sonntagnacht features three versatile, heartfelt tracks erasing any conception of time and space, thanks to the union of two respectable producers joining each one's skills into a singular product: the finesse of Simone Gatto intersected to Haiku's twist of groovy-minded pulses. It includes an ample gamma of gentle elements, from tribal and dub patterns to trance soundscapes. The release strays from the previous dark-techno ones and keeps mesmerizing, emotional grooves and up-front tempos, features the Italian platform has repeatedly pushed in its diverse releases. It's out on vinyl only and contains a 30x30 cm handnumbered additional postcard, with the aim of turning the record as piece of art to be saved on your personal shelve and to be remembered on dance floors for a long time.