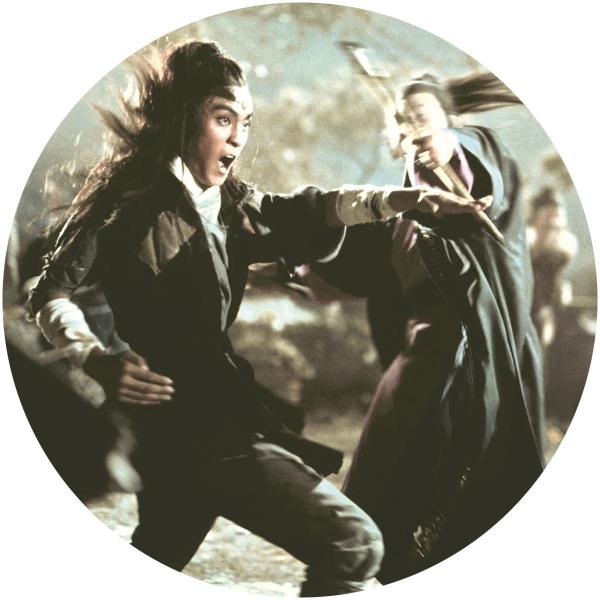 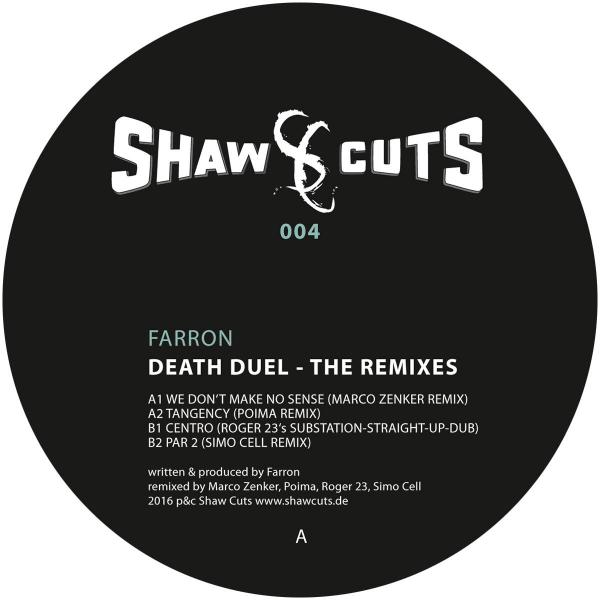 For the fourth release Shaw Cuts lines up five shaolin commanders who created their own interpretations of Farron's Death Duel EP: Marco Zenker, Russian duo Poima, Roger 23 and Simo Cell. These heavies form the Shelter Clan whose mission is to cover Ah Chi's back wherever he goes. Marco Zenker gives "We Don't Make No Sense" his signature machine funk that decimates challengers in one swing. Ah Chi can always count on Marco's sword. Poima from Moscow rival with sabers, severing those who dare to cross their path. Their version of "Tangency" is lead by a dirty break-beat drum combo blazoned by cosmic synth melodies and warm machine derangement. "Centro" on the B-side gets heavily grimed by veteran Roger 23 whose axe is as heavy as his remix style in general. Beware of Roger! Armed with tonfas, Simo Cell layers "Par 2" with a complex and fresh-sounding groove, causing lethal devastation to enemy combatants. Ah Chi is well-shielded by his companions and still unbeaten to this day. Trust in the Shelter Clan!