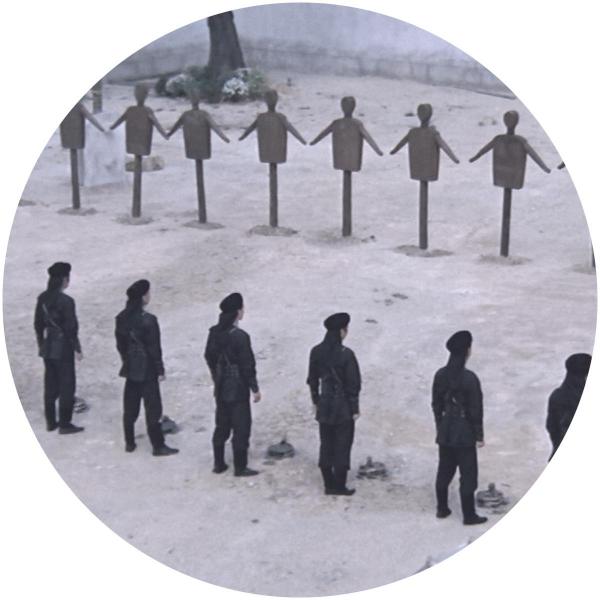 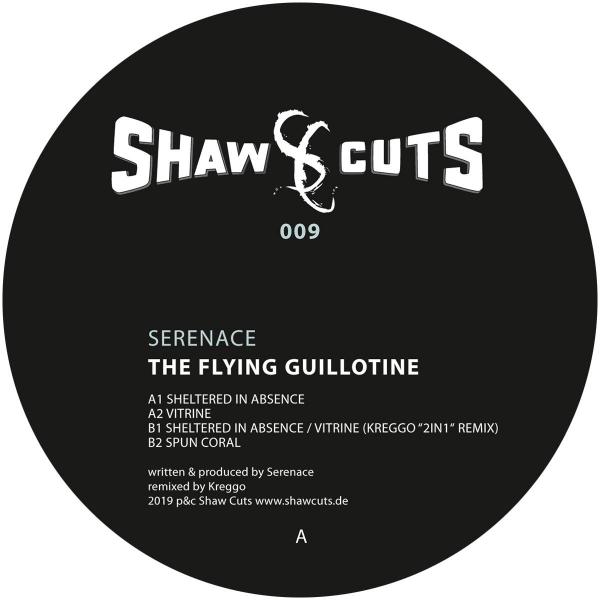 Serenace, a mysterious duo based in Chicago and Berlin joins the Shaw Cuts squad with "The Flying Guillotine" - a weapon shaped like a hat with a blade rim and chain attached. The weapon serves to brutally quash any defiance against the iron fisted Emperor Yung and his regime. The enforcers are twelve specially trained fighters, The Flying Guillotine squadron. "Sheltered In Absence", its pushing drums and energetic synth elements, chimes to the cruel deeds of the squadron. The guard Ma Teng flees when he witnesses the brutality unleashed by the men and the lethal weapon. The raging emperor commands his fighters to capture him, but Ma has disappeared into thin air. "Vitrine", a diverse groove combining swinging percussion and warm melodies circles over head, helping Ma to stay undercover. The slaughter continues as the squadron relentlessly search for Ma. Ma turns back and confronts the army. Equipped with his own deadly weapon, he joins forces with Kreggo and his "2in1" remix version, wiping out the squadron one by one. "Spun Coral" sweeps in, drowning out the sound of guillotines gliding through the air until the last member falls. Silence reigns over the battlefield. But the myth of the fatal weapon remains.