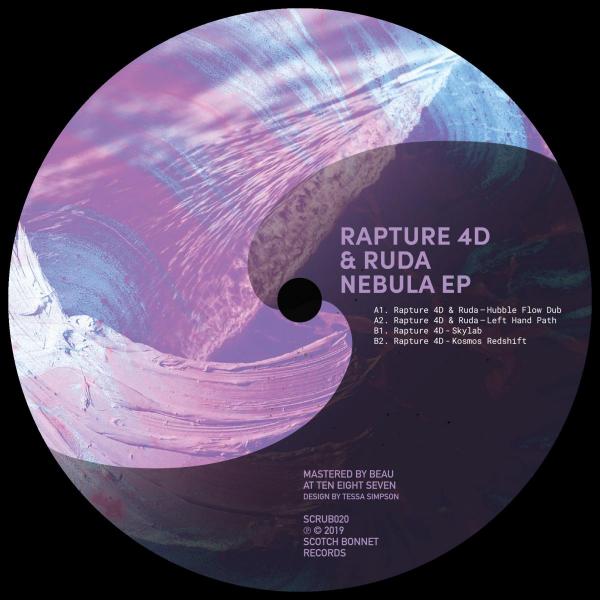 The Nebula EP sees the first collaboration between upcoming Glaswegian producers RUDA and Rapture 4D for a gleaming-but-gritty 4 piece instrumental EP. Yoker born grime prodigy, Rapture 4D has been catching people s attention since he graduated from the Red Bull Academy working with the likes of Sir Spyro, Plastician, P Money and Stormin while RUDA is an active member of the Glasgow underground bass scene and a LVLZ radio resident. For its 20th release, Scrub a Dub touch down on grime territories, oscillating between square waves and space echoes. This new 12 pushes the boundaries of dub as we know it while remaining deep and heavy - a pure slice of Glaswegian dubstep.