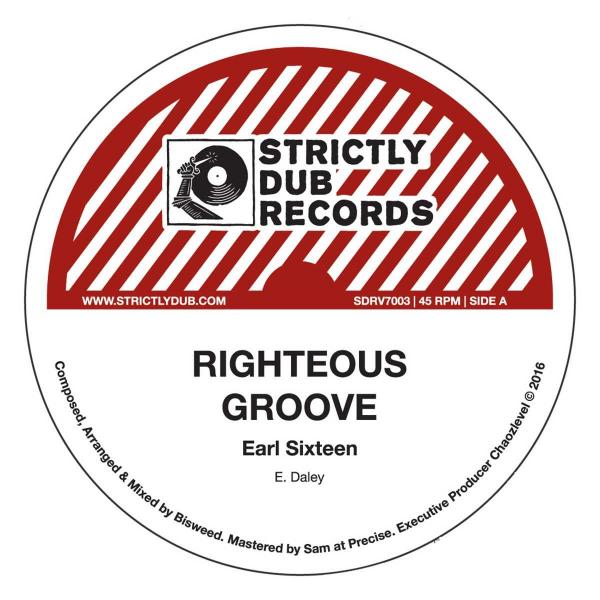 We return with our next release and at this time we proudly present a local production by a young Estonian musician - Bisweed. At this time we issue a 45 record on the A side of which there is a vocal support by the living legend Earl 16 with a song called "Righteous Groove", and on the B side, an exclusive dub mix called "Righteous Melodica" by label boss Simon Chaozlevel and melodica played by Bisweed. Bisweed hasn't yet worked with dub music but over the last years he has established himself as a potential dubstep producer. His skills though help him record vocals, classical dub melodica and a dub mix with ease. Since Bisweed is mostly inspired by the British dub music, on the A side of the record you can hear disconcertingly dark, deep and heavy sub and a strict stepper beat. However the horn section in the chorus parts adds composition a delightful elevation and melodiousness. Earl Sixteen's legendary voice wafts through the rough and tough riddim. The roots and culture lyrics add this creation even more harmony and balance. Since we are trying to keep classical tradition, we have a dub version on B side. The version differs from original much: it's much more raw, it's not a stepper, the expanded bass gives the music more meditational atmosphere while melodica played by Bisweed clinks just at the right moments. Light and minimalistic percussions by Simon Chaozlevel add rhythmical allure to the composition. Righteous Melodica! Music on the both sides was composed, arranged and mixed by Bisweed in his studio in Tallinn, Estonia. Earl Sixteen had a record session in Birmingham, UK, in Friendly Fire Studio. The mastering sound quality and lacquer cut is guaranteed by Sam from Precise Mastering. Simon Chaozlevel recorded the dub version and made everything possible issuing this wonderful record for you! You won't often hear a combo of dub from Tallinn and a Jamaican singer!