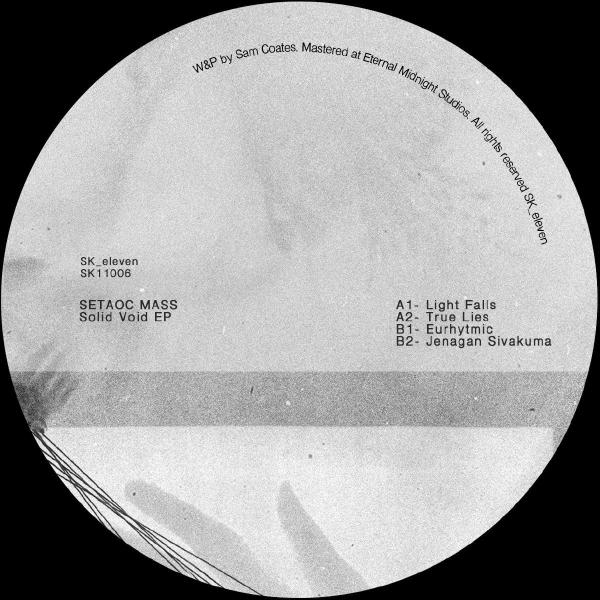 Solid Void EP is Setaoc Mass sixth release on SK_eleven following from the Reframe EP which came in December. The British producer plays to his strengths and delivers four tracks - rich in depth, texture and hypnotism. Light falls opens the EP with its gentle ambience combined alongside welcoming, warm synth-lines. A2 and B1 True Lies and Eurythmic both take the tougher route, brandishing two cuts of tough techno Sam is known for, always ready for the peak-time. The EP is wrapped together with a signature electro excursion Jenagan Sivakuma - rife with euphoria and groove.