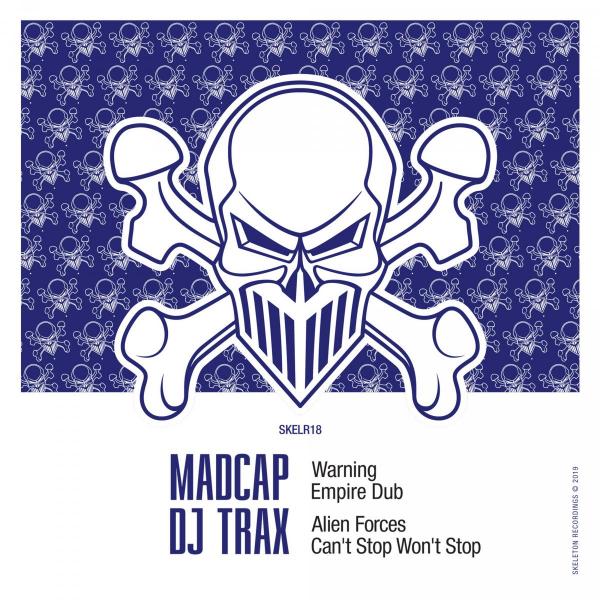 These two really need no introduction, as they have had many releases on some very credible record labels. Madcap, co label manager of Creative Wax, is known for his nicely rolling style of production and 'Empire Dub' & 'Warning' fit that style just perfectly. With releases on labels like Mac II, Good Looking and Soul Deep on his list, Elliott has gained a lot of respect throughout the scene. DJ Trax is mostly known for his connection with Moving Shadow, releasing under the names Mixrace (alongside Paradox) and DJ Trax, but also has a list of great releases for other labels. His two tracks, 'Alien Forces' & 'Can't Stop Won't Stop' show just how versatile Dave's style of production can be. It's an honour to have both of these legends finally representing Skeleton.