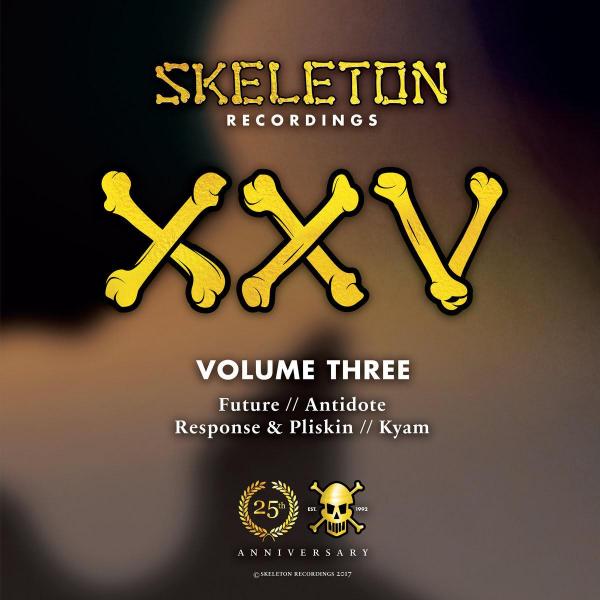 Skeleton Recordings are proud to announce the release of the SKELETON XXV PROJECT to celebrate the 25th anniversary of the label which originally launched in 1992. This is a five part collectors edition to celebrate 25 years of Skeleton Recordings. Volumes 01 to 04 sleeve artwork when put together will form a big piece of artwork of the revamped original Skeleton Recordings logo that will look good on any wall. Volume 05 will be a picture disc. The full digital album will only become available once all five volumes have been released. The project has taken just over 12 months to put together and is definitely something for the collectors. It has been generating quite a buzz within the underground circuit the closer it gets to release date and has been getting some really good support from the likes of Bailey, Storm and Ray Keith to name a few.