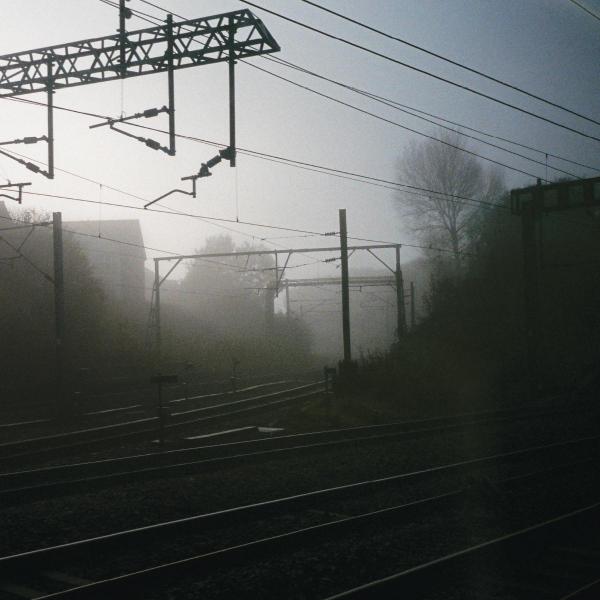 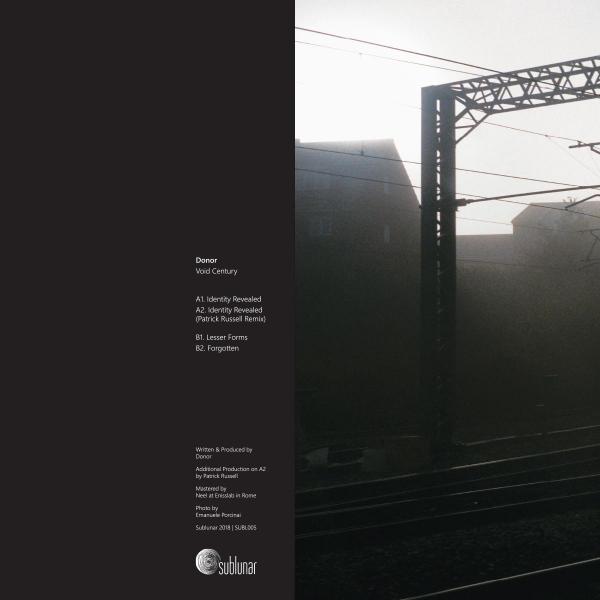 Donor, the Brooklyn-based artist, known for his releases on Stroboscopic Artefacts, Semantica and Prosthetic Pressings, steps up on Sublunar with a brand new EP. The record consists of three original cuts plus a remix from the key figure in the legendary 'No Way Back' parties and 'The Bunker NY' resident Patrick Russell. 'Identity Revealed' is the first track of the EP, a half-stepping creature clanking and booming like steelworks surrounded by a claustrophobic noise that increases in intensity during its development. Patrick Russell, with his interpretation of 'Identity Revealed', raises the temperature level pushing even further the noisy elements of the track and its thick atmosphere while the bassline takes an unpredictable route becoming something sparse and syncopated. On the B-side 'Lesser Forms' merges booming kick drums with finely sculpted industrial drones, everything is perfectly lined up until the last microscopic sonic detail. 'Forgotten' closes the EP, a tortuous path carved into glitches and twists where every broken beat hits with brute force and moves onward with a curious poly-rhythmic gait.