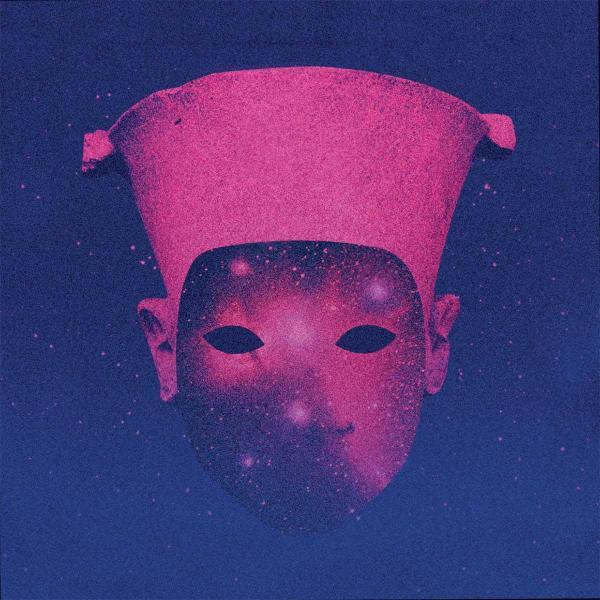 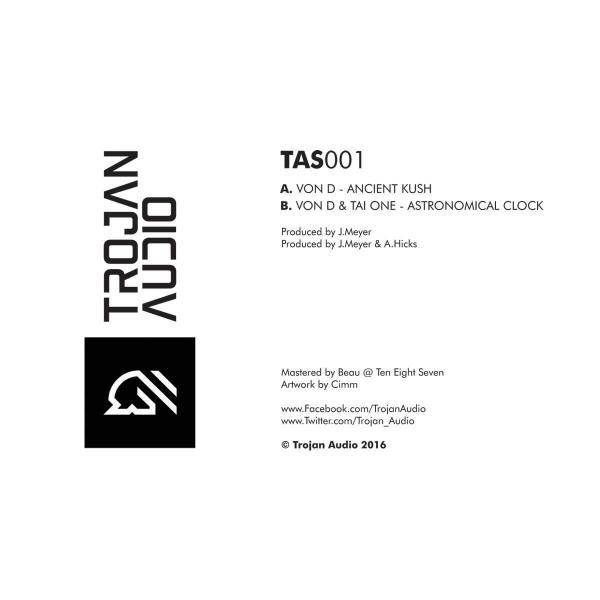 Picking up from Argo's recent rendezvous on wax with Tempa's LX One, finds the Londonbased imprint Trojan Audio in new fairways. It has decided to steer into a special run of highly limited, full colour 12" vinyl releases the next few months. Frenchman Von D starts off this series with some extraterrestrial dubstep vibes. The French producer has been steadily building an archive of vinyl releases the past few years. His current mission being in the studio as much as possible to make smoky dub-esque music allows him to receive these signings. With releases on the well acclaimed Scotch Bonnet and Trojan Audio in 2016, he'll be ready to unleash some real sound system music. 'Ancient Kush' serves a voyage that prologues trippy processed samples, which line up to delay and escalate into a highly enjoyable dubesque sequence. Von D introduces his highly flavoured and badass bassline that travels across the mix with astral speeds. Its effect cuts both ways, as a monstrous roar that will also spark the interest of the dance floor skankers out there follows it. Green smokes must have played its part in the Frenchman's creation, creating such a spaced-out A-side that holds only the toughest sounding elements and effects to deliver a space-bound experience. The flipside 'Astronomical Clock' is a number that ticks into a much more loyal and meditative headspace thanks to the natural hint of dub music. This weaves into a mystical melody effortlessly, resulting in a thought-out endeavor that aligns with the deeper dubstep connection. Von D brings forth his own feel for dub music and fuses is with a futuristic sound that touches listeners from head to toe. It signals that there's way more boundaries to explore and music from him to expect very soon. His contribution to the vastly growing Trojan Audio outfit is one of great magnitude. Just wait until you hear it!